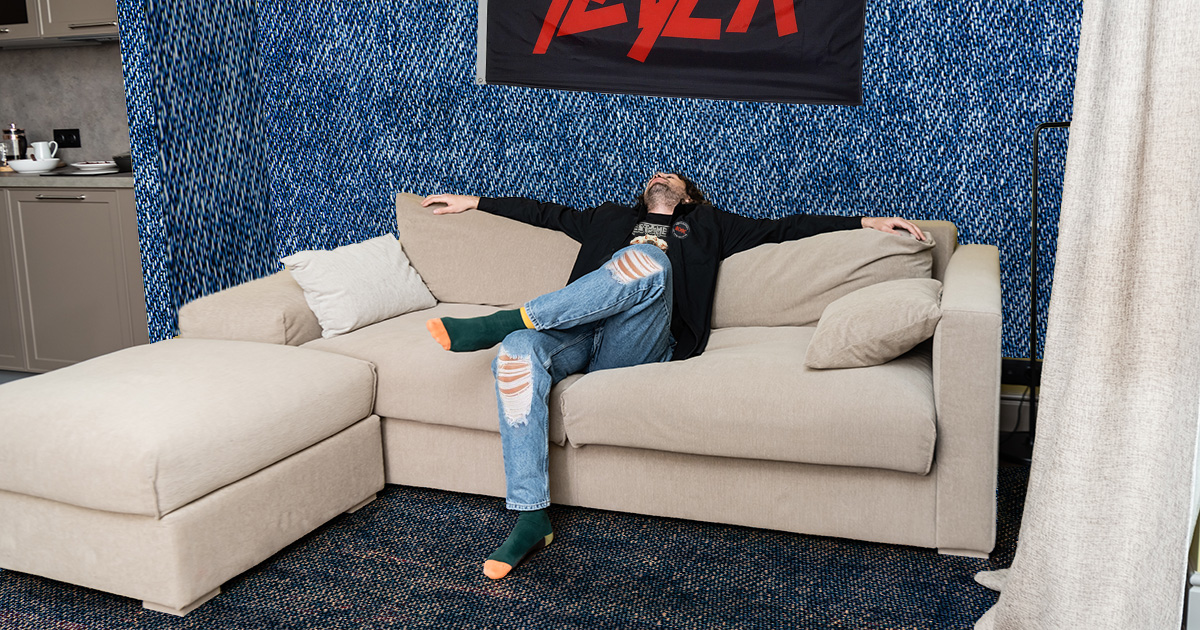 “Whenever I walk into my house now, I’ll feel like my face is going to melt off from how sick it looks in here,” noted Bronson while headbanging. “These so-called ‘interior designers’ tried to sell me on hardwood — apparently they thought I was some limp-dick yuppie from poser-ville. I didn’t work every other weekend at Rockin’ Robin Guitar Shack to just accept the stock floor plan all the other lames go for. The Dark Lord dons denim, why shan’t I?”

Bronson’s partner Jenn Haggard, however, is not as happy.

“Christ, I used to think he had good taste,” Haggard said. “Don’t get me wrong, I like metal just as much as the next person… but covering our entire house in denim seems a bit tacky, frankly. I don’t need to prove my metal bonafides by flooring our house with fabric that matches our wardrobes and hides beer stains. I’ll give it three weeks before he changes it to black tile.”

“I actually think it looks kind of cool, but in practice, it’s pretty stupid,” explained McHutchins. “He just doesn’t grasp how denim actually works outside of pants and battle vests — he told me to rip parts of the carpet to make it look like it just finished crushing posers at a Megadeth concert. I don’t even know what that means. And the acid-washed bathroom is an abomination.”

Unfortunately, after install, Bronson felt the denim carpet was “too on the nose” and resolved that leather would be much more appropriate.