Metalhead Dad Too Inexperienced to Teach Son How to Shave 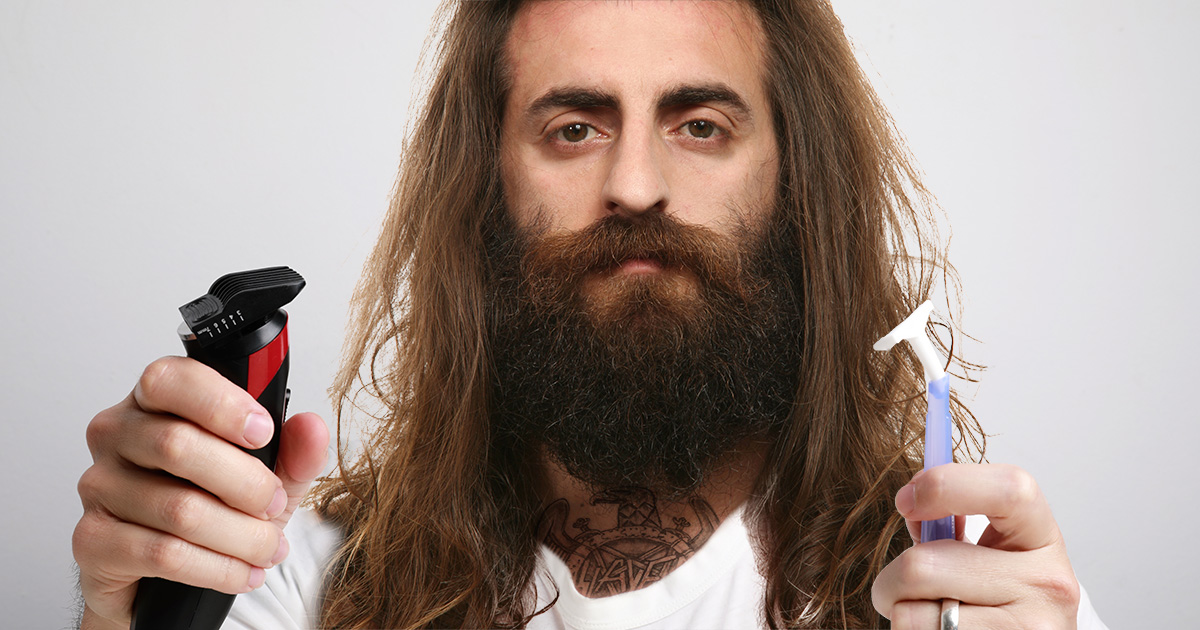 CLEVELAND — Local metalhead and father Bruce Howardt could not teach his son the simple basics of shaving yesterday due to his relative inexperience with the grooming routine, sources told to ask their mother if she could do it reported.

“I haven’t technically shaved since the ’90s for the two weeks I had an office job, and I remember that being a blood bath: I was fired because my face kept bleeding on a bunch of legal documents, which I thought was metal as fuck and my bosses thought was disgusting,” said Howardt while methodically caring for his fresh Slayer tattoo. “I was able to tell my son everything I knew about beard maintenance — like the right oils, how to get spaghetti out of it, and what to do when it inevitably gets entangled in thread while sewing patches on your denim jacket — but that seemed to go over his head. I guess he’s just not ready for what I call ‘the talk’ just yet.”

For his part, Howardt’s son Mikey was relatively unsurprised at his father’s inability to impart basic knowledge.

“Based on the Youtube videos I was forced to watch to get an idea on how this works, I found that my dad pretty much got every single thing wrong,” said the 13-year-old. “He said my face should be bone dry beforehand, that it didn’t matter which direction to use the razor, and that shaving cream goes on afterwards to soothe the burn. Basically, I wound up teaching him how to shave the next day. It’s kind of like how I have to tie his tie for him when he has to get dressed up for court because he doesn’t know how.”

Experts have noticed a trend in parents neglecting to teach their children elementary tasks.

“Shaving, paying bills, yardwork… parents today simply do not prepare their kids for adulthood’s menial duties,” said family psychologist Rachel Betterdon. “Nowadays, children actually learn a majority of life lessons from the internet, all while inadvertently becoming radicalized by alt-right propaganda and conspiracy theories propagated by these websites’ precarious and opportunistic algorithms. Some parents call it an even tradeoff.”

Mr. Howardt has since attempted to make up for his failed shaving lesson by teaching his infant daughter how to decipher death metal show flyers.