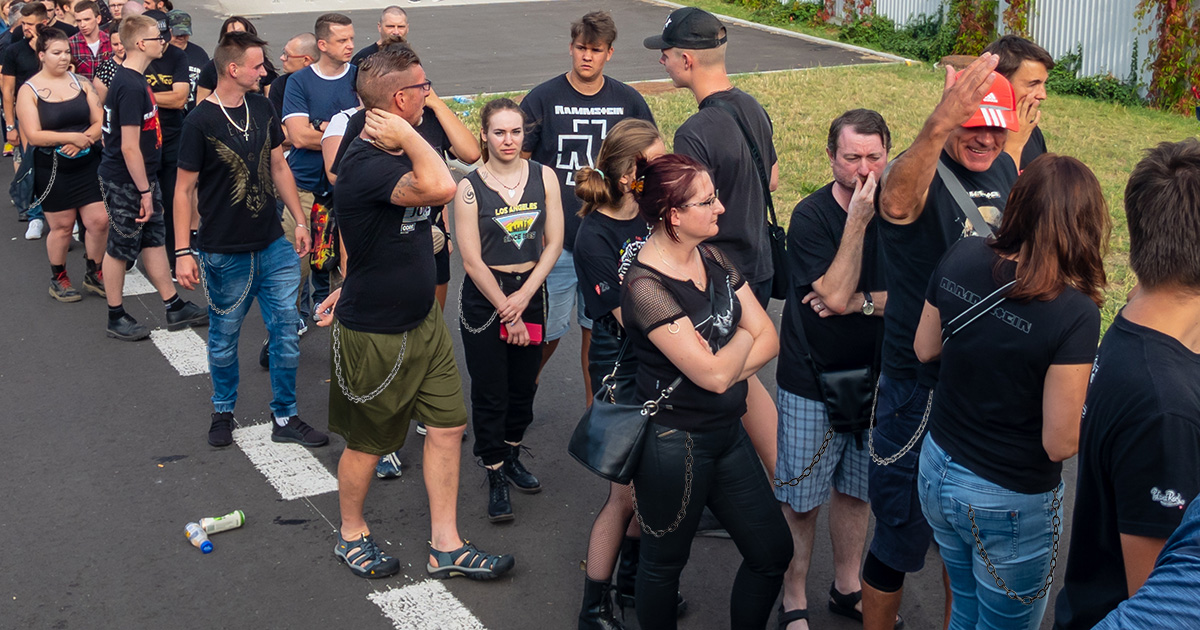 ALTOONA, Pa. — Local metal band, Reluctant Cannibal, announced they will exclusively perform at venues that mandate the donning of chain wallets for every patron, drawing lines among the metal community.

“We realize that this is a deeply polarizing issue in today’s society, but sometimes you just have to stand up for what is right,” declared Reluctant Cannibal vocalist, James “Bloodlicker” Diaz. “Sure, we might lose some fans and performing opportunities because of this decision, but we are looking at the big picture here. One-hundred percent chain wallet compliance at shows increases metal output, and thereby enjoyment, by tenfold. This has been proven by science, look it up.”

Some in the local metal scene were not immediately swayed by the proclamation from the divisive band.

“I heard about this from one of my friends, but I just thought they were joking. It’s not a joke?” asked baffled metalhead, Sydney Larsen. “Sure, I support anyone who chooses to wear a chain wallet as an accessory to their metal show ensemble, but mandating it seems like authoritarianism at best and poser behavior at worst. Maybe they should concentrate on not sucking. Because that seems like a more pressing issue.”

Bookers at local music venues seemed caught off guard regarding the recent news from the largely unknown metal group.

“I’m pretty sure that none of the other venues in town require customers to wear chain wallets. That’s possibly the lamest thing I’ve ever heard,” mused Dial ‘M’ For Metal venue promoter, Tommy Bibbins. “I think we got Reluctant Cannibal to fill in once as the opening spot on a five-band bill, when three other bands declined. I kind of wish we would have cut our losses and went with a four-band bill. Ironically, one of the guitarists, who was sporting an unusually long chain wallet, was walking backstage and got his chain snagged in the power source of the PA system, causing a small fire and ultimately stopping the show for a full hour. They haven’t been asked back.”

Following a string of rejections from local clubs, Reluctant Cannibal has loosened their original discriminating stance to a more flexible outlook, which includes playing literally any venue that will hire them.