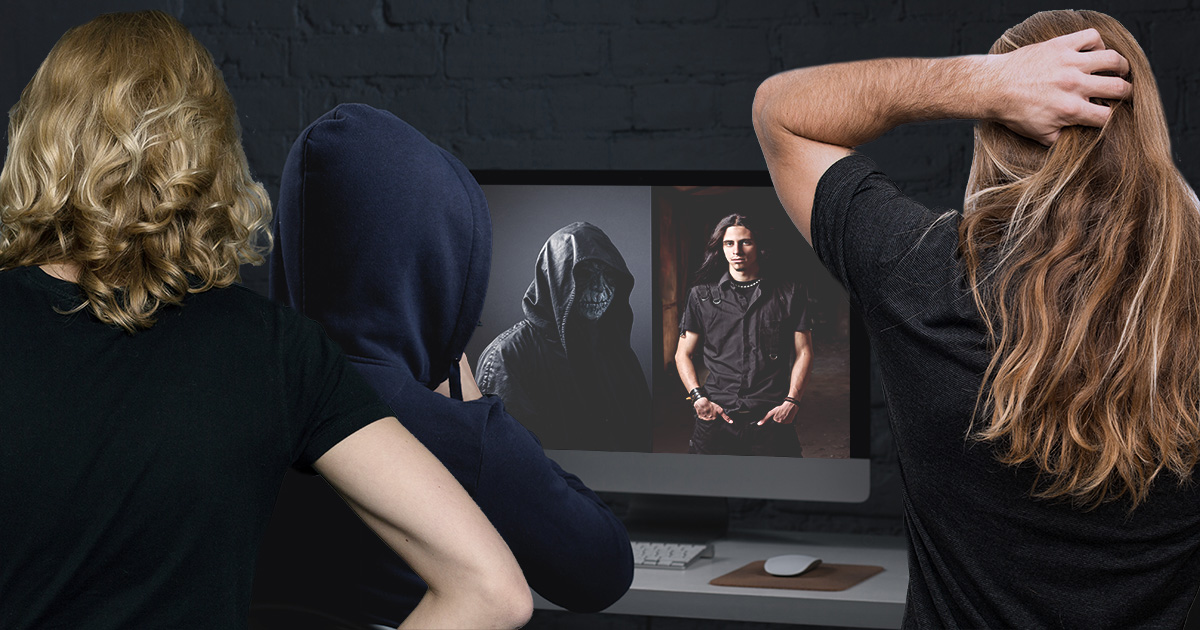 PHOENIX — Aging members of local metal band Toxins in the Bloodstream are deep in a spiraling debate about whether they should go all-in with corpse paint and cloaks or just keep growing their hair out a bit, aggravated sources confirmed.

“Our first show is Saturday night at the Fat Cat and I’m just not sure about Alvin’s idea to go big with the full face makeup and outfits. Once you commit to that, I just don’t know if there’s any going back. It’s already hard enough just finding time to practice,” said Gunner Hightower, vocalist, and father of two. “Sure, corpse paint would look cool, but I have to pick up my kids after this show. I don’t want to spend an hour wiping myself down and trying to get out of the weird gimp suit he showed me. My hair is already long enough to poke out the bottom of a beanie, other than that, smudged eyeliner is as far as I’m willing or able to go.”

Drummer Alvin Ball, however, hoped for a more dramatic look to be shared by the band.

“If you’ve seen four older dudes in flannels and work boots up on stage, you’ve seen 100 — this is our shot to really set ourselves apart and let the metal community know we’re not fucking around,” said Ball, while opening a grey wool cloak to adjust a spiked belt with a padlock on the front of it. “I’ve got the smoke machines rented, and I’ve hired a few local actors to hang from these sick crosses I built in my shop. Plus, I managed to snatch up every last makeup kit in stock before that Spirit Halloween turned back into a vape shop. This is gonna be dope!”

Venue owner, Big Fat Rob, did not seem to understand what we were talking about when asked for comment.

“Oh, I thought they were just doing covers. Aren’t they like Hollywood Vampires or something? Isn’t that what black metal is, some sort of Alice Cooper business? I golfed with him one time ya know,” the Fat Cat owner stated. “Anyways, we usually get a good turnout, 20 or 30 peoples. I figure, give the crowd a ‘Freebird’ or two, they’ll be thrilled. Seems like a great way to break up the two comics I’ve got booked that night.”

As the band practiced late into Friday night, Ball’s wife was spotted reluctantly asking their neighborhood butcher if they had any extra pig’s blood behind the counter.