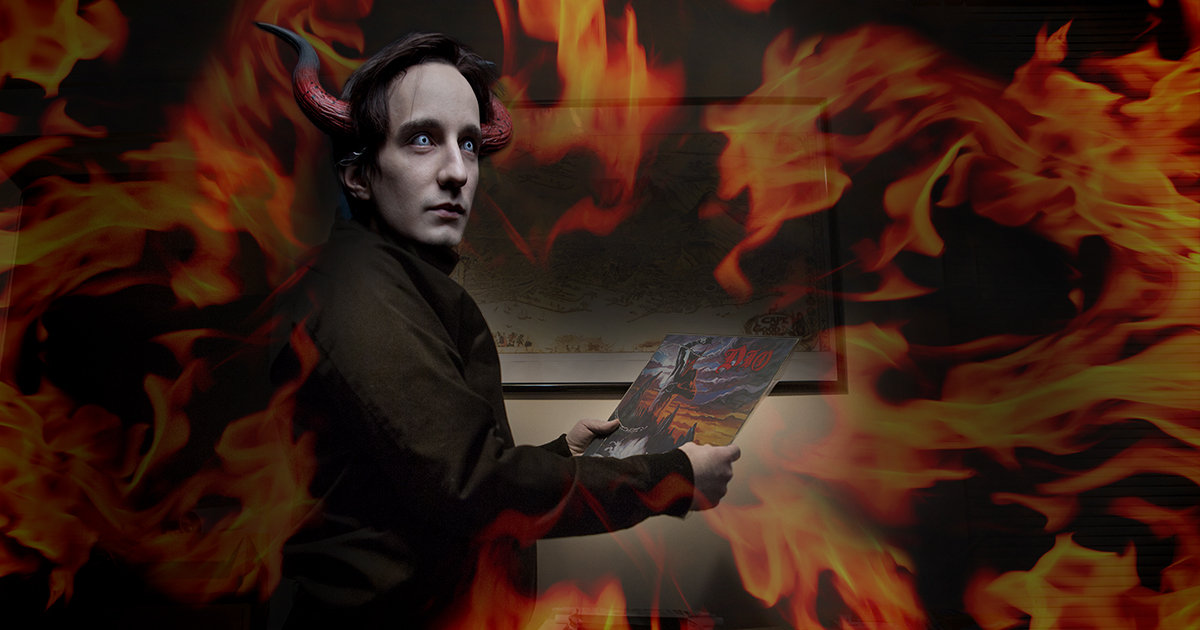 CITY OF DIS, Hell — 78 percent of demons across the Netherworld experienced feelings of low self-esteem and body issues when subjected to the unrealistic depictions of evil portrayed on heavy metal album art, according to a new study released this morning.

“The average heavy metal album features truly exaggerated portrayals of the demon body. Most of the demons pictured have bulging muscles, flawless horns, and a complete lack of flaming nipples growing out the sides of their faces. Just look at their ridiculous six-packs,” said lead demonic researcher professor Balthazar. “Where’s the love handles? Where’re the spiders brooding from their belly button? The average beast would have to perform 800 sit-ups a day, AND give up scrotum eating entirely, just to maintain a stomach like that.”

Some claim young metalheads on Earth’s mortal plane have also been affected by artist renditions of the demon form.

“If I’m going to sell my soul, I don’t want it to be just any demon. It’s gotta have a sexy body, with gigantic demon boobs, and maybe a super-long snake tongue or something,” said local metalhead Jack Papolio. “My friend Pete summoned a demon, and the thing was really overweight and leaked pus all over his bedroom. It still smells like sulfur in there on hot days. Those aren’t the demons I want to spend eternity with.”

Many demons are calling out for a change in the industry. Bufo Braxx, a retired model for Hieronymus Bosch, is leading the campaign.

“What disturbs me most is how narrow the vision of the ideal demon has changed since I retired from torturing the damned,” said Braxx, atop a throne made of flaming skulls. “We need all forms of demon bodies represented in the heavy metal community — like demon bodies that spew curdled milk from their armpits, or even demon bodies that have an angler fish for a torso.”

The report comes on the heels of complaints by living corpses, tired of expectations to look like the longtime Iron Maiden mascot, Eddie.

Ring in the new year with a new shirt from The Hard Times: