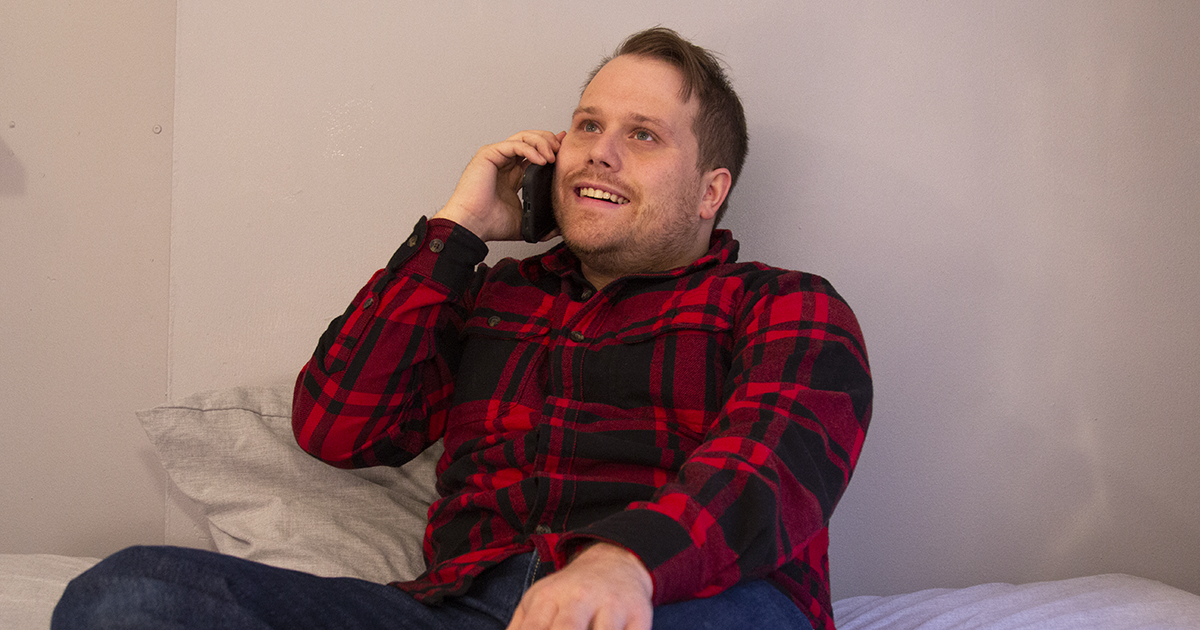 FERNDALE, Mich. — Thirty-year-old male Ryan Hess took a significant step toward curating a sophisticated and presentable home space when he reached out to his mother to buy him a bed frame for Christmas, sources within the family confirmed.

“I saw a commercial for a nice bed frame while watching an old Spongebob episode and realized, man, I’m in my thirties and sleeping on a mattress on the floor,” confided Hess. “I felt this sudden surge of motivation that I’ve never had before. I knew I wouldn’t be able to make such a monumental decision on my own, so I did what any reasonable man does and called my mom. She’s really good at that kind of stuff, I still wear the dress shoes she got me when I went to interview for my first summer job when I was 15!”

“I do think he could stand to decorate his own place by now,” she grumbled while stocking the pantry with Little Debbie Christmas Tree Cakes in preparation for Hess’s visit. “I discussed it with my husband and we realized it could benefit us as well. With the extra storage space under the bed, he can finally take these old band shirts out of my basement. And maybe he’ll finally find a girlfriend to pester about this stuff.”

“There is a recent trend of women griping about men without bed frames on Twitter, which leads men to believe that owning one will give them a leg up in the dating scene,” said Dr. Cusick. “But this image-centric mindset makes the action largely superficial. It’s sort of like buying a muscle car or overstating one’s fandom of Phoebe Bridgers. Personal habits don’t change with a new purchase. More often than not, sheets on a newly framed bed will continue to remain unwashed for months at a time if he even has them.”

At press time, Hess declared his New Year’s resolution will be brushing his teeth twice a day, which is a sharp increase from his current routine of only brushing after throwing up.