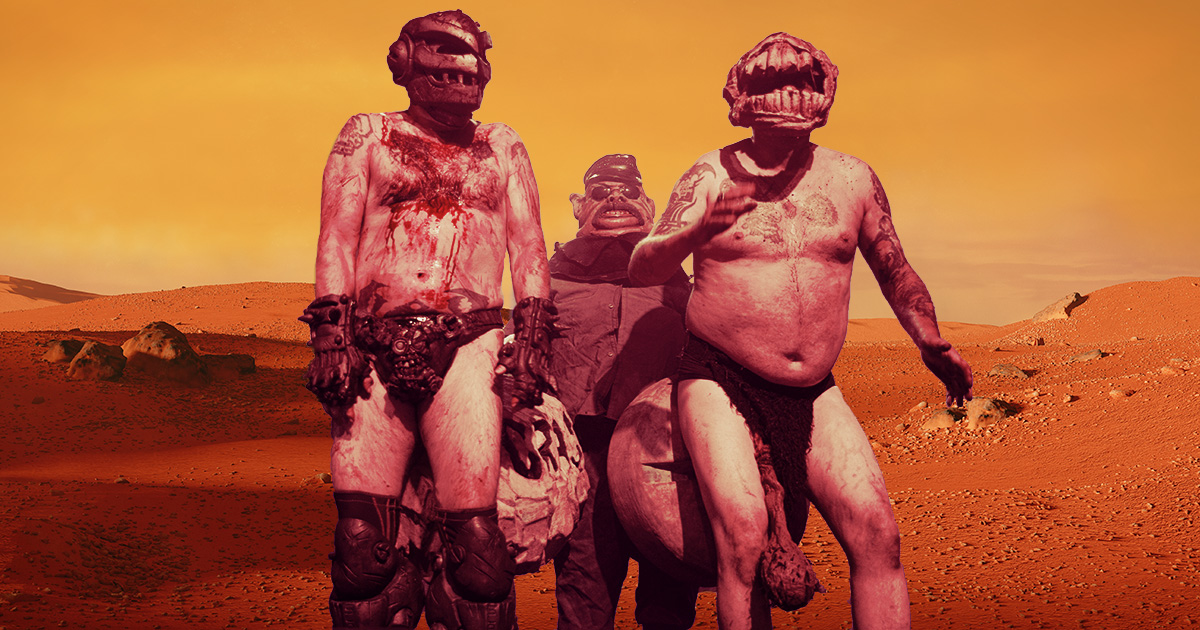 HOUSTON — Scientists at NASA monitoring the Perseverance Rover made a startling discovery today when it sent back photos of GWAR rehearsing on Mars, multiple baffled sources confirmed.

“We were completely taken by surprise. We were hoping to find samples of microorganisms in the fossil record, but out of nowhere we see GWAR just shredding the hell out of the fucking planet,” stated NASA deputy project scientist Katie Morgan. “When we first heard ‘Viking Death Machine’ playing, we figured one of the interns had been playing it over the office speaker, but sure enough, it was GWAR going ham. We had to beg them to stop spraying the rover with blood and trying to feed it to World Maggot; this thing cost over two billion dollars.”

Despite not normally engaging in surprise interviews with the press, GWAR’s lead howler, The Berserker Blothar, stunned officials with comments on their interaction with NASA.

“We finally find a rehearsal space not far from our new slaying grounds on Earth, and you puny mortals have the nerve to drive your toy into it? You mere humans will learn to regret the day you crossed GWAR and signed a death sentence for your entire race,” announced The Berserker Blothar. “Humans are a parasitic disease that must be eradicated from Earth, and now Mars. The time has come for us to slaughter you all and rebuild the world without you pathetic mistakes in it.”

“My team at SpaceX has known that GWAR frequents Mars for jam sessions for quite some time now,” stated Musk. “I didn’t want to reveal it to the public because I promised our astronauts the rare opportunity of exclusive time with GWAR. SpaceX astronauts are guaranteed to be the first crowd sprayed with semen and maggots on Mars by GWAR. I definitely plan to deliver on this promise, and now that the cat is out of the bag we are going to have to drastically speed up our timeline so we can get there before that bald fucker Bezos. There’s no way those Blue Origin fucks deserve the first show— they probably only know like two GWAR songs tops.”

As of press time, GWAR destroyed the Perseverance Rover for making the grave mistake of interrupting their BBQ and board game night.