Married Couple’s Friendsgiving Just the Two of Them 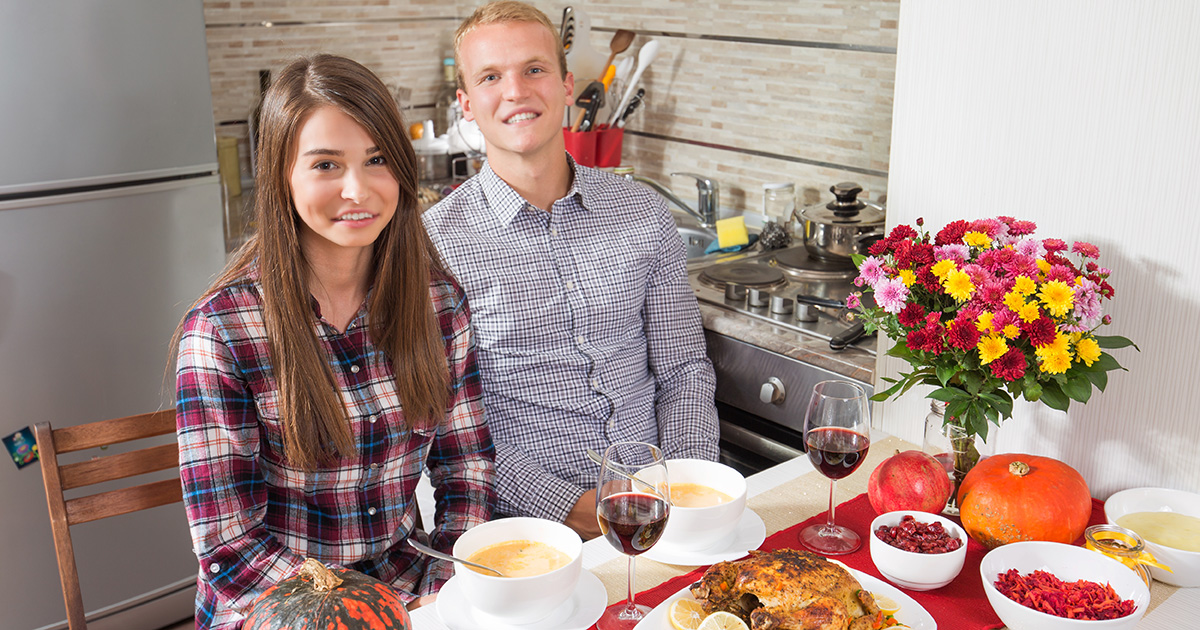 TACOMA, Wash. — Newlyweds Jane and Dalton Davis opted not to travel home for Thanksgiving, choosing instead to host a “Friendsgiving” and incidentally ensuring they’d spend the holiday by themselves.

“It’s going to be really great spending Thanksgiving with everyone close by,” said Jane, who has been kicked out of three separate group chats since marrying Dalton earlier this year. “And don’t get me wrong, it’s great to catch up with family — it’s just always so hectic. I’m looking forward to a nice, quiet day, giving thanks for the fact that we’ll probably be asleep by 10 p.m.”

Several members of the couple’s former social circle were reportedly hurt but unsurprised.

“Wait, they did a Friendsgiving?” asked longtime friend Sean Corrigan. “We did a fucking Friendsgiving — I sent them both an email! Makes sense, though: the only time I’ve heard from them lately was when Dalton texted me to ask if my brother still fixed water heaters. What happened to the guy I used to shotgun beers all night with?”

“Friendsgivings are growing more popular every year,” said sociologist Maria Ripley. “Whether you can’t afford the travel expenses, you don’t want to argue politics with your extended family, or you’d just rather get drunk with people you went to college with, there’s a lot of reasons to participate.”

“Of course, none of these compare to the fact that most married couples’ friend groups consist of their spouse and only their spouse — save for that one person they text every several months to complain about said spouse and attempt to make plans they definitely won’t follow up on,” Ripley added. “It makes planning such a holiday nearly effortless.”

At press time, the Davises had altogether scrapped the plans of cooking a traditional Thanksgiving dinner and were discussing which Chinese restaurant to order delivery from.