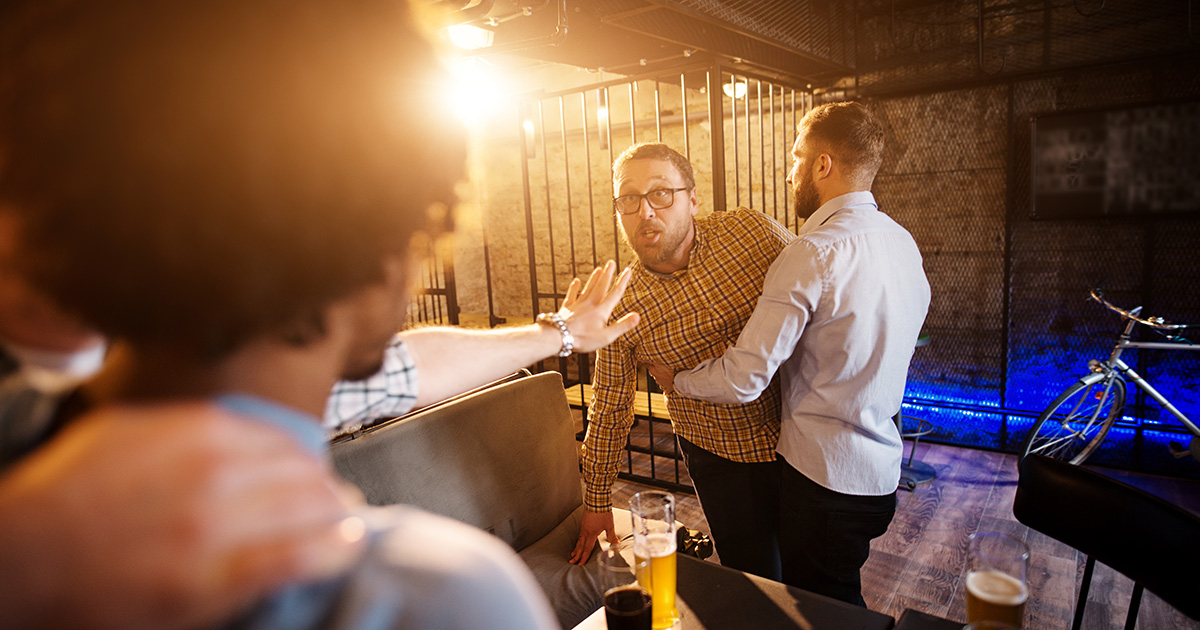 PUEBLO, Colo. — A local man’s plan to introduce his childhood best friend of over 20 years to his adult best friend for the past five years went sideways when both vowed to kill each other before the night was over, confirmed sources monitoring the situation.

“I figured as soon as they got together they would start quoting ‘Dirty Work’ lines and we would all laugh our heads off telling old stories,” said Eddy Rios, the man in the center of it all. “My oldest buddy Dave [Palmer] and my newer best pal Kevin [Turner] tried to stay civil, but it went downhill fast. A discussion about the best season of ‘The Simpsons’ devolved into a talk about ‘Family Guy’ and then somehow Joe Rogan came up and that’s when things got heated. I had to separate them before someone threw a punch—they’re both nearly 40 and they can’t be injuring themselves in petty squabbles.”

Palmer admitted that he has no idea why his best friend since middle school would fraternize with someone like Turner.

“That dude is a complete tool. The guy was wearing boots, who does that? I didn’t realize Mr. Fancy was too good to go to the Vans store and use his sister’s store discount like a normal human,” said Palmer who was still bright red with anger. “I knew shit was really bad when I asked him what his favorite football team was and he said ‘I don’t watch a lot of sports.’ I guess I’m dealing with the king of fucking England over here. I completely lost it when he told me his favorite hobby was rock climbing and that he and Eddy go together all the time. I guess I’ll just go fuck myself.”

Psychologists note that adult friendships are often difficult to navigate, especially when trying to intertwine friendships from different eras in your life.

“We have always recommended that people compartmentalize their friendships. You need to have friends that want to go bowling with you, and you need to have friends that will help you bury a body if needed,” said Dr. Ernest Zahir. “As we grow older, our needs change and we start to seek out friendships that complement our lives. A friendship that develops over a shared love of World War 2 memorabilia is just as valid as a friendship that developed during your teenage years when you were stuffing roadkill into a stranger’s mailbox.”

At press time, staff working at the bar were calling for police assistance after Rios’ best friend from work showed up for a few beers and a small riot broke out.