Man’s Break from Internet Does Not Include Hardcore Pornography 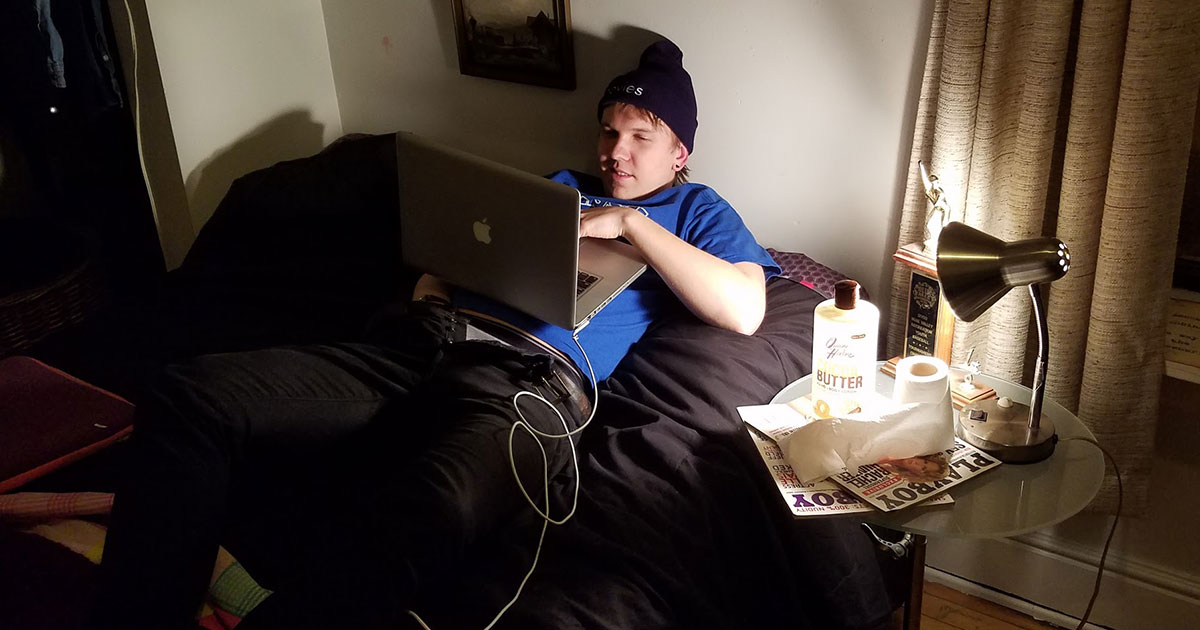 SAN FRANCISCO — Brendan Foster posted on Facebook late last night to state he will be “taking a break from the internet for a few days to cool down,” but early reports already indicate the self-imposed internet ban does not include hardcore pornography.

“I was posting a lot about how Trump is really going to fuck this country up… and people had the nerve to get mad at me for it. Everything I posted turned into a fight,” said Foster, drawing the curtains in his dimly lit bedroom. “I thought I had like-minded friends, but it turns out they’re just morons like everyone else.”

Shortly after publicly announcing his hiatus from the internet, Foster closed his laptop and took a 20-minute walk around the Mission District of San Francisco to reflect on his decision.

“I haven’t really even touched my computer other than checking my work email, and a couple of other streaming video websites,” said Foster. “I voted no on Proposition 60, which would have required pornographic actors to use condoms and totally kill the vibe, so, in a way, I’m sort of seeing democracy in action and releasing stress at the same time. It is a win-win situation.”

Despite Foster’s break, which is now in its sixth hour, many report the internet has carried on without him.

“Brendan will be back on Facebook by the weekend at the latest, or even sooner if Trump announces another white supremacist to his cabinet,” said longtime friend Ira Oliver. “I tried going offline the night of the election, too, but ended up Googling some things I’m not very proud of just to help me get to sleep.”

“I had some pretty fucked up dreams that night. Those Germans do some of the craziest stuff I have ever witnessed,” added Oliver, before confirming he completely deleted his browser history.

Jody Morris, a co-worker of Foster’s, was quick to point out this is not the first time Foster was unaware of his hypocrisy.

“Last week, I asked him if he’s been watching Westworld, and he said, ‘I don’t even own a TV’ in a really snarky tone, but this is the same guy who would not shut up about Stranger Things for three months,” said Morris.

At press time, Foster is allegedly researching the finer details of “this whole web privacy thing everyone’s been talking about.”