Man Wears Beret a Record 90 Seconds in Public Before Getting Self-Conscious, Removing It 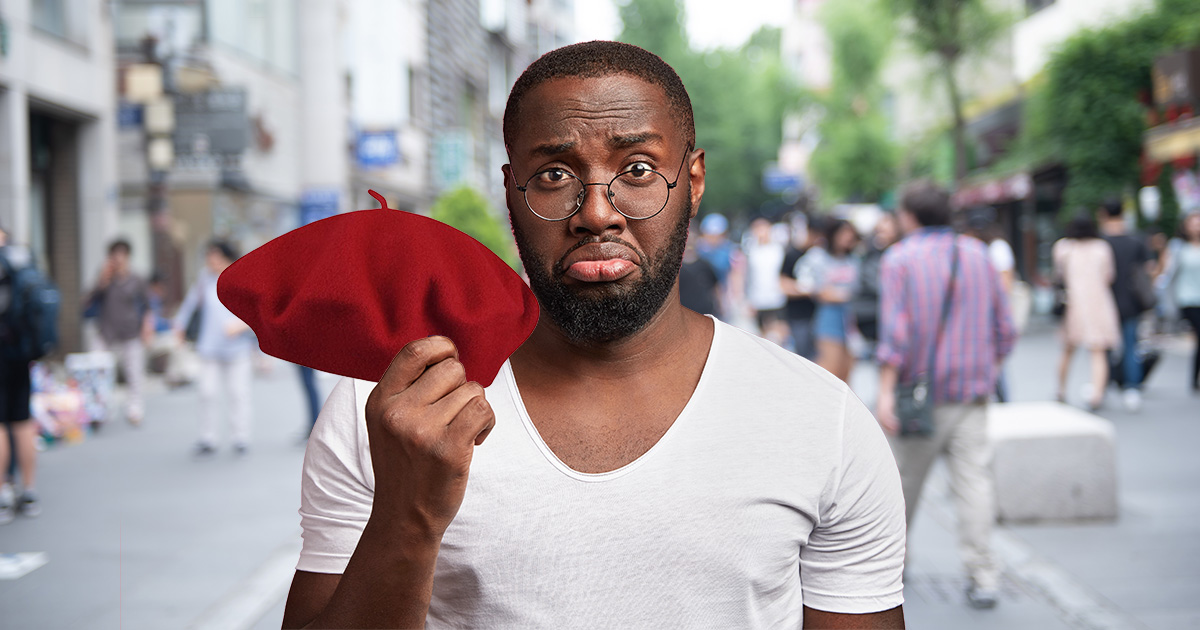 “Wearing the beret is something I’ve wanted to do since pretty much forever… I just never had the guts. Hell, I even once lied to my friends by telling them I was 1/16th French, hoping someone would suggest I wear a beret. But no one took the bait,” said Kieffer. “I’m not a religious person, but sometimes when I see a person on the street wearing overalls or pajama pants or Crocs, I silently ask God why they’re blessed with so little shame and I’m so full of it. I guess some things are not meant to be understood.”

Kieffer’s neighbor Maggie Wilf was the only person to see him during his record-breaking beret period, noting he was “obviously nervous” to be outside.

“I was in the hallway leaving for work. Our apartment building has paper-thin walls, and I heard Raymond in his apartment saying to himself, ‘Today is the day,’” explained Wilf. “A few seconds later, he was strutting down the hall and doffed his cap at me. I jokingly said ‘bonjour,’ just teasing a bit… but his face got real red and he ran back inside muttering, ‘Stupid, stupid, stupid,’ over and over again. I felt terrible.”

Friend Gus Cantwell, recently aware of Kieffer’s secret beret desires, has encouraged him to “dress the way he wants.”

“Raymond confided in me that he wanted to wear a beret like his hero, Johnny Depp. I keep trying to tell him, ‘Wear whatever makes you happy and fuck the haters,” said Cantwell. “Don’t get me wrong, I’m going to rip him a new asshole if I see him wearing some dumb shit like a beret — like when he went through that fucking stupid 23-second bolo tie phase — but he should still wear what makes him happy.”

At press time, Kieffer was experimenting with immersion therapy by wearing his beret, a deep v-neck, an infinity scarf, and skinny jeans all at once in hopes of finally ridding himself of all shame.