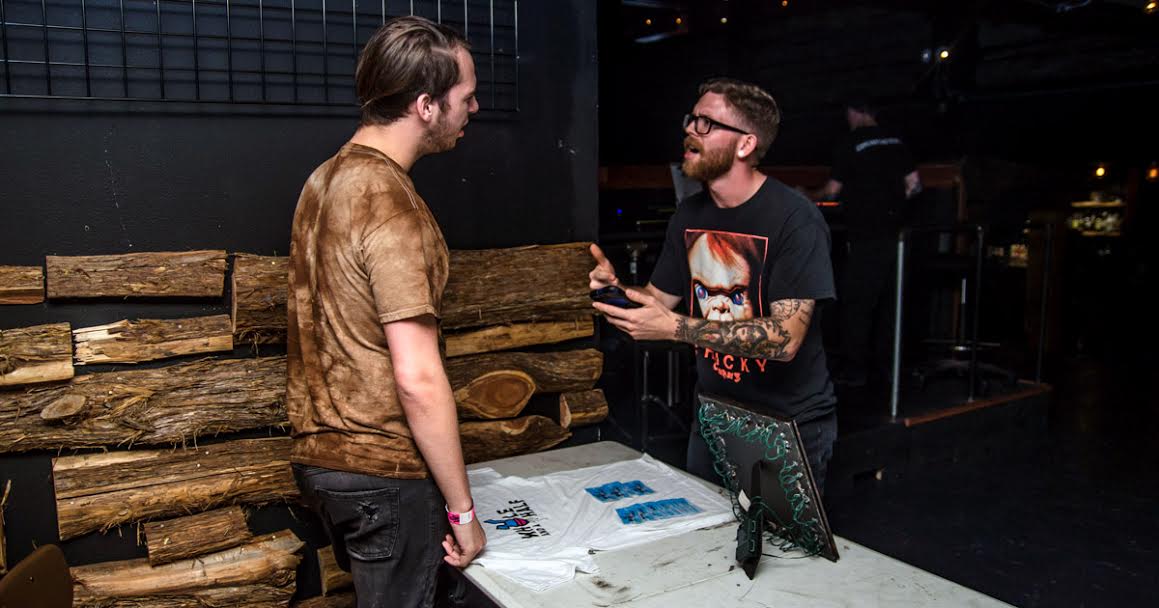 “I heard what was going on, and I kept trying to make sense of the conversion rate,” said concertgoer Andrew Prady, who was stuck behind Flaxer in line. “Apparently, half a FlaxxX is equal to about five Cyber-Chits, but you have buy them between 1 a.m. and 3 a.m. PST. Those can be converted to Camel Cash C-Notes via an Indonesian pawn shop, and sent via Western Union to a Mexican pharmacy in exchange for non-FDA-approved Botox with a street value of almost a grand. After that, it got really confusing.”

The Dead Stench claimed they try to make buying their merch as simple as possible by accepting cash, credit cards, and drink tickets.

“Hell, I’ve traded band patches for ear gauges before,” said frontman Lester Nash. “But this dude told me I either had to log onto the dark web and rent out a P.O. Box to accept a fund transfer, or mine for the currency by letting him use my computer to download torrents of bootleg movies. He wanted us to come back to his garage to prove it was all ‘legit’ — all for two pins that we sell for $1.”

Flaxer, a self-described entrepreneur, joined the growing cryptocurrency community to compete with such grossly inflated economies like Qoins, Tolkin-Tokens, DirtBits, DUBloonz, and Chump Change. While Flaxer currently possesses 100 percent of all FlaxxX currency, he did claim he is working on a deal with a Dubai construction firm who is very interested in using FlaxxX as their official system of money laundering.

According to Flaxer’s secret calculations a single FlaxxX is currently valued at approximately $500,000 USD.

“This is the future. These bands better wake up and embrace it, or be left behind,” Flaxer said. “Now, if you’ll excuse me, I have to find an Uber driver who will accept this bag of hair for a ride home.”

Not to be outdone, forward-thinking heavy metal legends Metallica are reportedly experimenting with MetalliCoins, their own cryptocurrency, for their next tour. If launched, the digital coin would be purchased exclusively in their web store, and would become their only accepted form of payment.