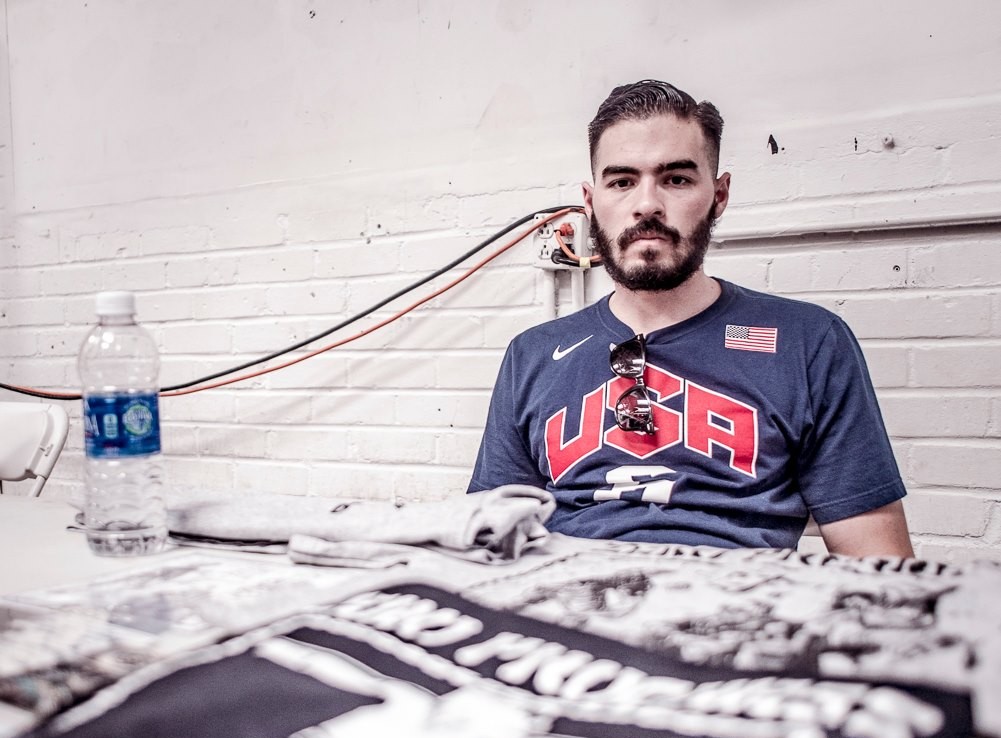 CAMDEN, N.J.  – Tempers flared at a show over the weekend when showgoer Steven Montague was forbidden from stashing his sweatshirt safely underneath the merch table.

“It started getting really hot inside so I needed to lose a few layers to get my mosh on. I didn’t think it would be a big deal, but the guy running the merch table was acting like he was on tour and I’m asking to borrow his guitar or some shit,” said Montague.

Montague had a vigorous internal debate about whether or not to bring his sweatshirt to the show earlier in the day. But ultimately decided, in light of the east coast’s unpredictable weather, to wear the $12 gray sweatshirt he purchased at Walgreens in order to stay warm during his walk from the car to the venue.

But now, inside the crowded venue, the price Montague pays is much greater than $12.

“At this point I honestly don’t know what to do,” Montague said. “I was supposed to meet up with some friends here and normally we all throw our stuff in a pile and have someone watch it, but their car got a flat on the expressway so I am basically alone here.”

The refusal to stash any personal items underneath the merch table has been a long standing policy for merch guy Jerry Martinez.

“I am not a coat check. I will not keep your records under the table. I do not want your fucking skateboards back here. I have enough shit to put up with. Do you know people actually try to haggle with me on prices? This isn’t a middle eastern bazaar, it’s a fucking punk show and $6 for an EP is not unreasonable,” said Martinez.

Related: Merch Guy Puts Off School, Family to Pursue Dream of Tagging Along

Witnesses say Montague was visibly upset after the merch table confrontation and could be seen hunting for a discrete place to hide his outwear during Cement Chain’s moshy intro.

“The stack of chairs in the back already had a couple jackets, behind the stage was already claimed. I am running out of options,” Montague said.

As of press time Montague was seen standing in the back of the room with his sweatshirt gently tied around his waist, visibly upset.