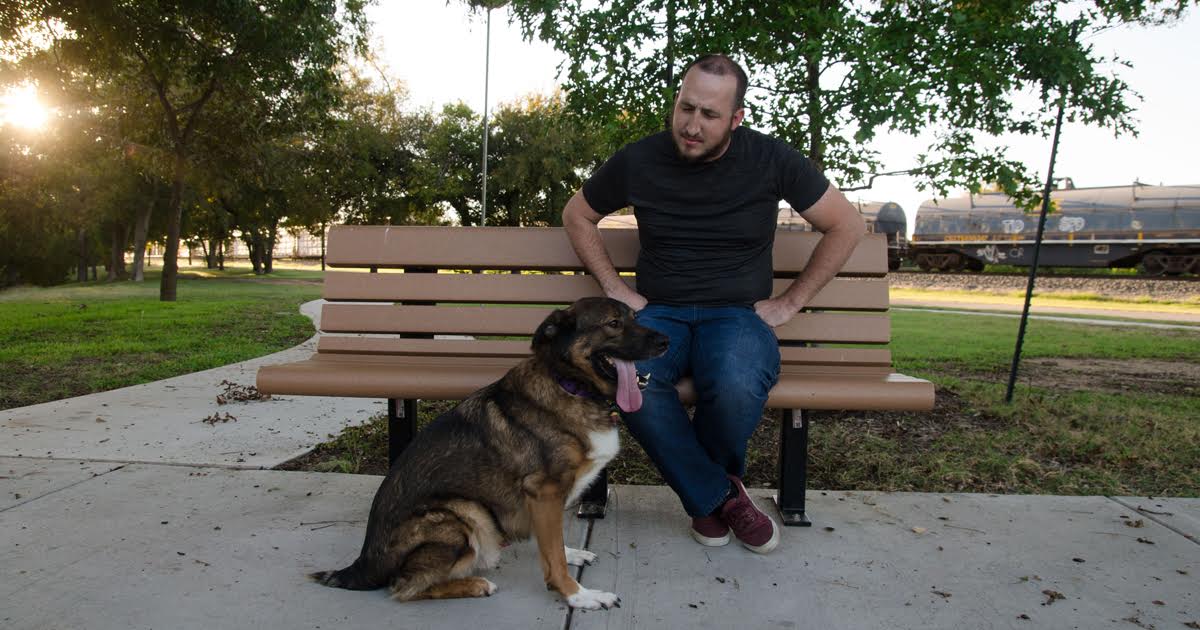 LANSING, Mich. — After spending years teaching himself to communicate with his dog, junior programmer Tom Watkins was “shocked and disappointed” to discover that Jenga, his seven-year-old husky, pronounced “GIF” with a soft G.

“After years of hard work, I couldn’t believe what I was hearing,” said Watkins. “This dog and I have a special bond — she can smell me out of a crowd of 100 people. She knows when I’m upset, when I’m tired… if I’m about to get sick. But she sounds like a fucking idiot when she pronounces GIF; like it’s some sort of shitty peanut butter.”

Jenga, rescued by Watkins when she was a puppy, has been practically inseparable from her companion ever since — sources confirm Watkins once called in sick to work because Jenga looked too sad when he left. During their first conversation, Watkins was overjoyed to get to know his friend on a whole new level.

“I might be the first person to hold actual conversations with my dog. I wanted to know her unique perspective of the world, you know?” said Watkins. “Like, what are her thoughts on the election? Does she want me to watch her poop, or should I look away? She gets that she has to give the ball back before I can throw it again, right?”

Since the incident, Watkins admitted he hasn’t felt comfortable re-engaging with Jenga, who has allegedly still refused to concede her mispronunciation. However, he was willing to translate so Jenga could be interviewed.

“I don’t like upsetting Tom, but isn’t language a social construct capable of constant evolution and change?” asked Jenga, slowly pacing between rooms. “The creator of the GIF pronounces it the same way I do, so, fuck me, I guess. But what the hell do I know? I eat my own shit.”

For his part, Watkins is unsure if their relationship will ever mend.

“It’s so disappointing,” Watkins said while Jenga chased leaves in the yard. “She’s just on the wrong side of history. I mean, I can’t bring her back to the pound — nobody would adopt her if they knew what I know. I just hope she can change.”

At press time, Watkins and Jenga were three hours into a debate on Twizzlers and Red Vines.