Man Hopes Date Doesn’t Notice He Lied About Being Danzig 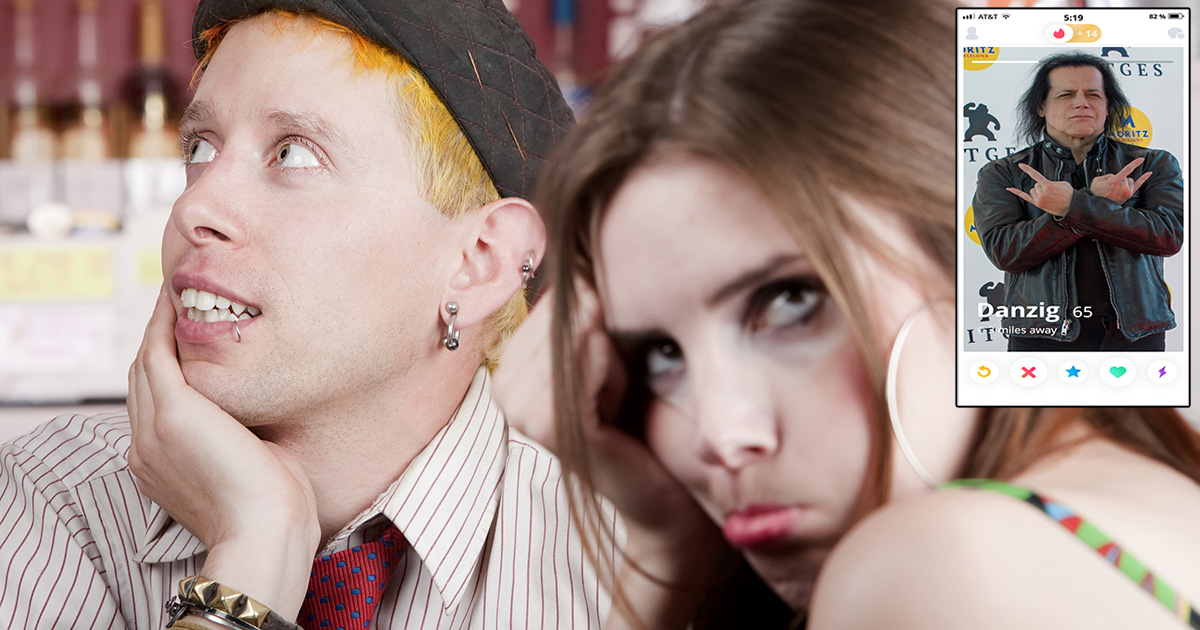 “Yeah, I know it’s dishonest, but everybody lies on these dating apps,” said the 36-year-old Dunklin while using the bathroom during his date at a local dive bar. “I’ve been trying to get back out there since Shelly left me, and I wanted to make a good first impression… so when Melissa and I started messaging and hit it off, I may have embellished a bit about myself, and led her to believe I’m the frontman for the Misfits.”

Despite his best efforts, onlookers reported that Dunklin’s date was immediately and visibly disappointed.

“As soon as we started talking, I just knew this guy wasn’t Danzig,” said a disappointed Chavez. “I keep meeting these losers who say all the right things and look stocky and shirtless in their profile pictures, but then I meet them, and it’s pretty obvious they’ve never even heard of Samhain, let alone fronted them. I don’t know why this keeps happening to me. I just want what everyone wants — to meet Danzig and fall in love. But I just don’t think I can put myself out there to be tricked like this again.”

Relationship experts claim that, although it may be tempting, it’s best to avoid misrepresenting yourself as Glenn Danzig on dating apps.

“With more people meeting online, it can seem harmless to tell a white lie or two, but you can’t base a relationship on lies,” said relationship coach Elizabeth Trents. “Eventually, the other person is gonna find out you weren’t really in a well-known horrorcore band and you’ll have to come clean. It’s best to just say something vague, like you liked their earlier stuff, or your cousin saw them in Jersey once. But the most important thing is to just be yourself, even if that isn’t Glenn Danzig.”

Chavez has since become more vigilant in her swiping, keeping a close eye out for Graves-era Bumble profiles.