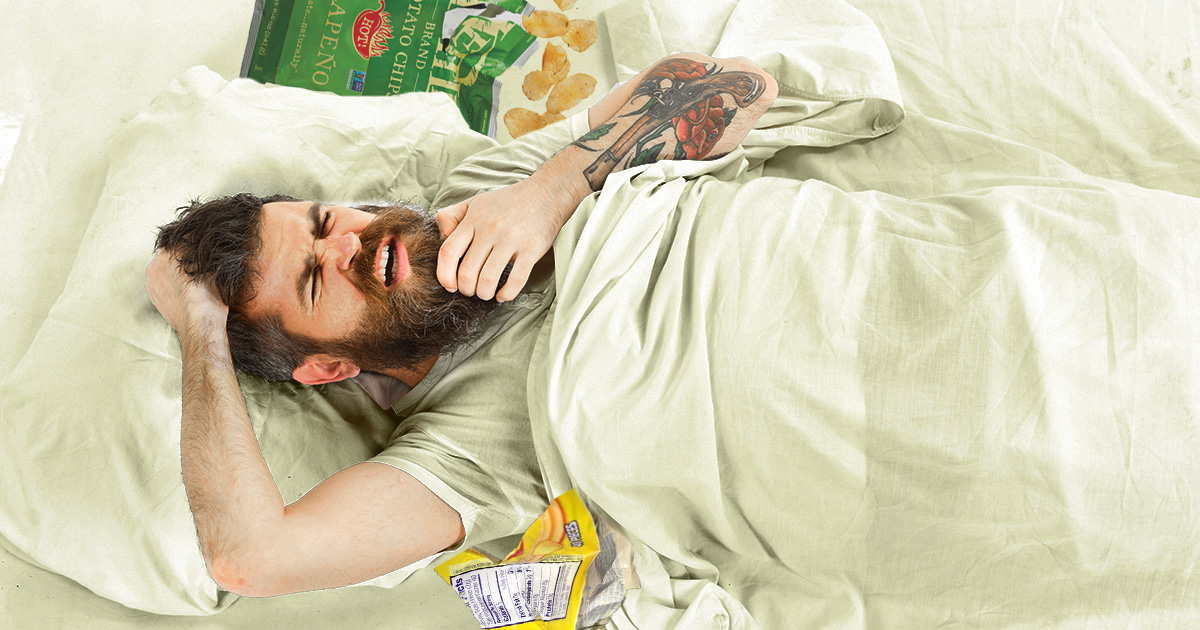 DENVER — Local anomaly and known dirtbag David Gunther has perplexed a team of scientists with his disgust at the hypothetical prospect of a woman not removing her pubic hair, despite his own actual lack of cleanliness, according to a recent study.

“What’s so truly interesting about this case is that David isn’t just any old dirtbag,” said cultural anthropologist and personal hygiene scholar Dr. Stephanie Hall. “We’ve examined his behavior for over a decade, and I’m not exaggerating when I say that we found that this man has literally never washed his bed sheets.”

Hall’s research, titled Sex and the Gritty: A Case Study in Sex and Hygiene, took a turn neither she nor her colleagues could have predicted when learning about his preference for hairless women.

“Apropos of nothing, David told us that pubic hair on ‘chicks’ is ‘nasty’ because of the hygienic implications,” Hall reported. “What really fascinated me about this discovery isn’t that he himself leaves his pubic hair completely ungroomed, but rather, the overall dichotomy of this belief and his own unsanitary living conditions.”

Noted sheet-washing expert and co-author of the study, Dr. Andrew Pfeiffer, weighed in.

“It’s hard to wash your sheets when they mostly exist in a crumpled pile at the foot of the bed,” Pfeiffer said of the bare mattress on the floor of Gunther’s otherwise unfurnished apartment. “It doesn’t seem as though the sheets have actually covered the mattress since his mother visited from Castle Pines in 2014. Yet, somehow, it’s clear that David actually knows what hygiene is and has standards for it.”

Gunther later explained why he considers body hair to be “crazy gross.”

“It’s just a matter of taking care of yourself,” Gunther said, taking a swig from a 2-liter of Pepsi to get the “morning breath taste” out of his mouth in lieu of brushing his teeth. “The body is a temple, you know?”

The study will continue as Gunther furthers his pursuit of a woman who lives up to his standards, while he will also cease trimming his nails and cleaning his cat’s litter box.