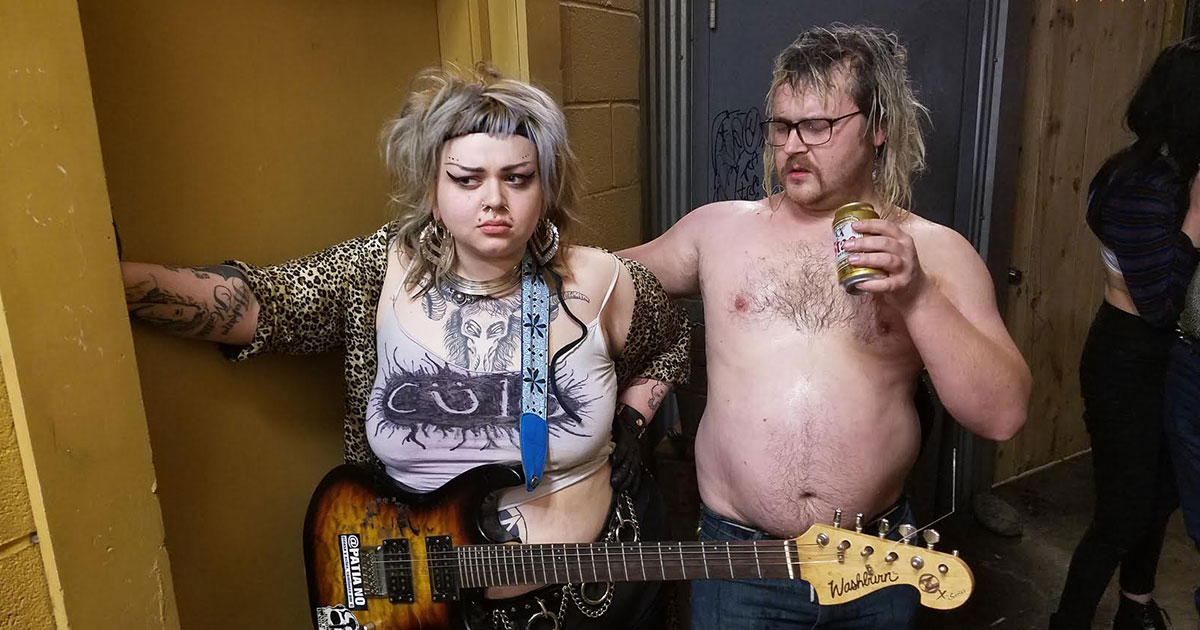 DENVER — Local all-around garbage human Russ Mitchell was totally grossed out by a female musician’s armpit hair during a show on Tuesday night, according to witnesses.

“I was pretty stoked when I saw they were called High End Hookers,” Mitchell said after the band’s set, taking a large bite of the meatball sub he smuggled into the venue in his pant leg. “I never heard them before, but I almost barfed my nuts out at that armpit hair.”

Showgoers confirmed Mitchell started a circle pit during every band prior to High End Hookers, only pausing to drink a beer or clear his nasal passages by blowing snot rockets onto the venue floor.

“I was just trying to have a good time, and then this band comes on, forcing me to look at all their body hair,” Mitchell said, reaching down his pants to fix his underwear. “I just kept thinking, ‘Does she know she forgot to shave her pits?’ I couldn’t handle it. I had to go sit down before I blew chunks all over everyone.”

D’arcy Slay, the musician in question, was unfazed by Mitchell’s reaction to her armpit hair. “I didn’t realize we got booked on this show so I could be objectified. I thought I was here to play my fucking guitar,” said Slay. “I honestly hope he never comes back to another one of our shows. If I need to grow out a mustache to keep him away, I gladly will.”

During High End Hooker’s 40-minute headlining set, Mitchell, stationed by the women’s bathroom, complained to anyone within earshot.

“I mean, really — what is she trying to prove? Have a little bit of self respect,” said Mitchell while digging a finger into his ear. “If she was trying to turn me off, then, mission accomplished. Great work.”

Sources close to Mitchell later confirmed he does not, in fact, have any musical talents or redeeming qualities of his own.