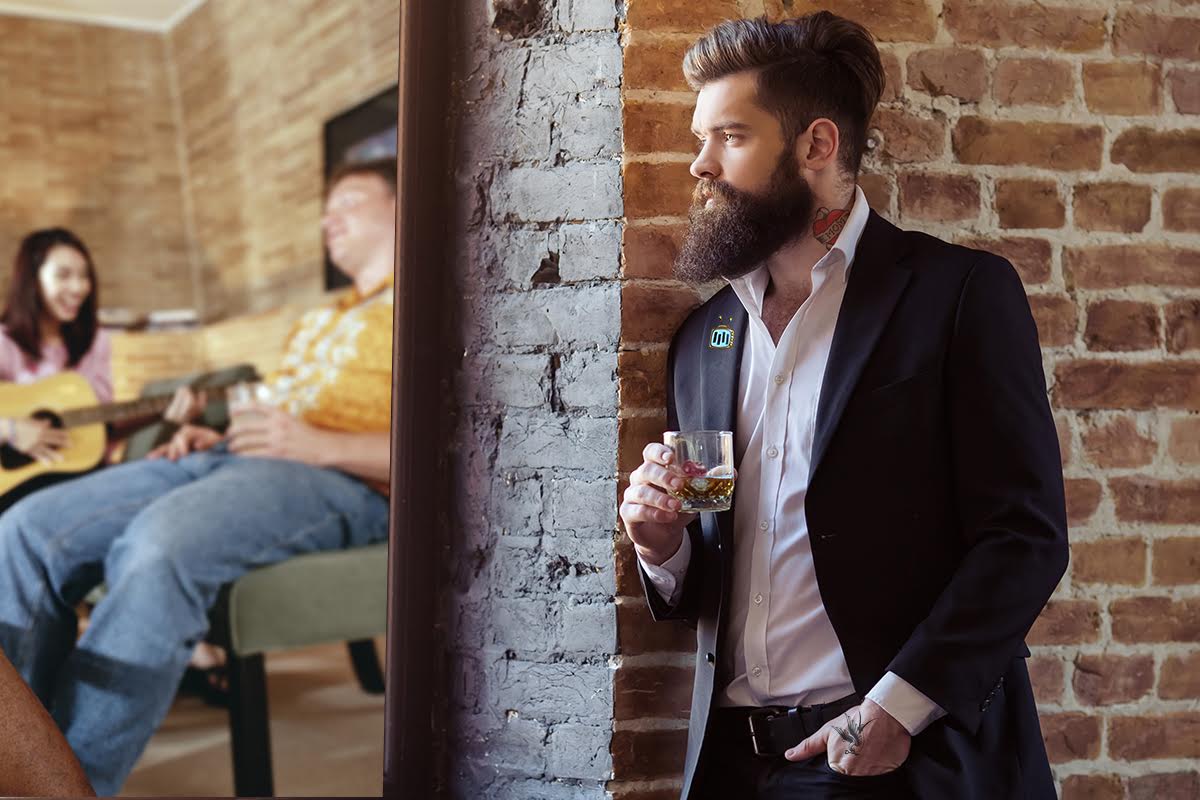 PORTLAND, OR – Local man Doug Jenkins celebrated a major personal milestone last night, marking two straight years since he first started lying to his friends about his sobriety. Jenkins opted to double down on his lie by throwing a celebration in his honor.

“You guys are the best,” slurred a proud Jenkins, raising a glass he promised was just “soda and nothing more” to a party filled with mostly bartenders, pole dancers, and stand-up comedians. “Let’s drink to me. And don’t forget to tip your bartender, Greg. He’s really great. Always been there for me. Love you Greg!”

Family members and close friends were surprised Jenkins decided to hold the party celebrating his sobriety at the very same dive bar where he had allegedly hit rock bottom 24 months ago.

“Sure, I thought it was awkward that we were celebrating at the Krust. I actually thought they banned him after he threw up on the owner’s dog, on purpose,” noted ex-girlfriend Cynthia Myers. “But I guess this is really the only place anyone has ever seen Doug.”

Sources report there haven’t been many notable changes in Jenkins’ behavior since he first started lying about being clean and sober two years ago.

“I am very proud of him for making it this far. Doug always makes sure to tell me that ‘everything is fine’ and that I ‘should mind my own fucking business’ at least 28 times every time we’re out,” said longtime drinking buddy Peter Mahoney. “He still seems like the asshole we all know and tolerate; he just drinks a lot more ‘soda.’”

However, some close to Jenkins did offer different perspectives, with a few striking a more wistful tone.

“I miss the old Doug,” stated Michael O’Toole, Jenkins’ college roommate. “It would be 7 p.m. and Doug would have already have picked a fight with the bartender, prank-called an Alzheimer’s ward, and dry humped everyone in the bar. Now that doesn’t happen until, like, 9 p.m., sometimes even 9:30.”

Sources added they are hopeful Jenkins could eventually transition his fake sobriety into actual sobriety, but worry his new-found cocaine habit might hinder his personal growth.