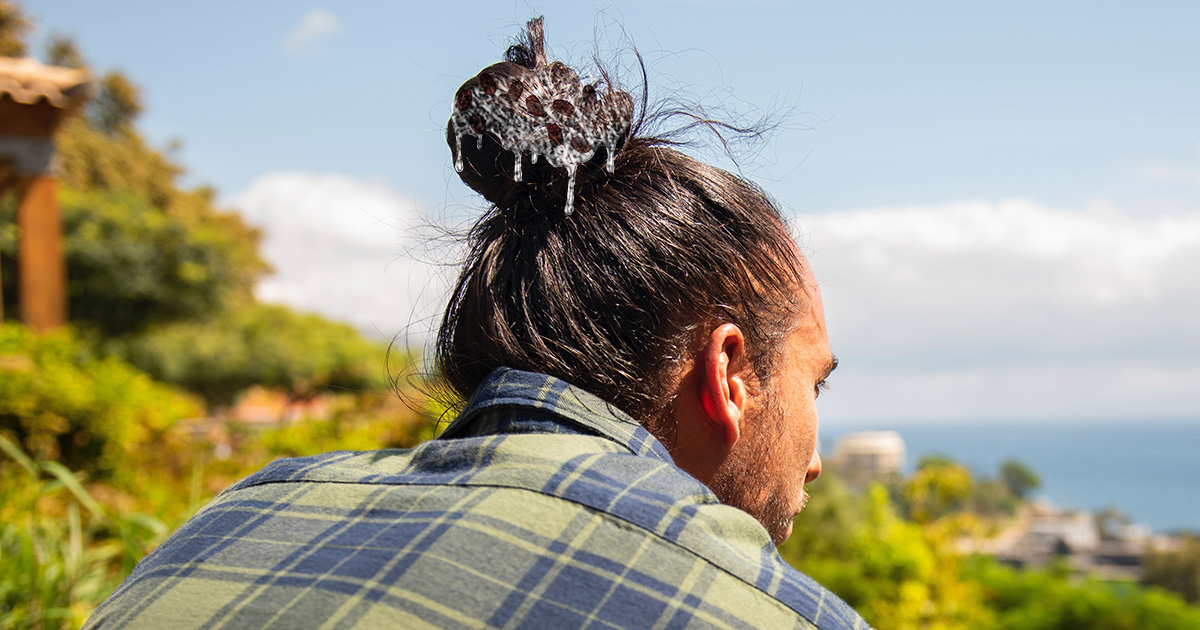 EUGENE, Ore. — A local man bun was discovered to be full of gross raisins, sources who had already made it home with the bun and aren’t going back now confirmed.

“We met at hot yoga, and the first thing I noticed about him was that he had what must be a huge, Fabio-like mane of golden-brown hair tied up into a tight bun,” recalled Skye Galagos. “After some small talk, I asked him if he wanted to go out sometime. We went on a picnic a few weeks later. When he let down his hair, imagine my disgust when I saw it was full of raisins. And it wasn’t even caramel holding it all together — it was that gross royal icing or whatever that totally chips apart when you touch it. Barf.”

The man bun’s coworkers have also noticed the raisins at the bike shop where its owner works.

“I’ve dated a lot of guys who you might describe as ‘trustafarians’ so I’m used to the occasional centipede or weed nug falling out of my date’s hair,” said coworker Scott, “You get used to it and sometimes they have a pencil or something in there that you can use. But raisins attract ants, and they are somehow worse when you don’t expect them. That bun is dripping with raisins, and they’re not even the green kind, they’re the brown ones. How has everyone not switched to craisins by now anyway?”

An executive at Grandma Rickett’s, the nation’s third-largest manufacturer of raisin-filled pastries, explained the presence of raisins in otherwise perfectly acceptable places.

“Frankly, all market research indicates that the public hates raisins,” said Ellen Cheng, VP of Development. “But we put them in everything because, to be perfectly honest, pastries are not our bread and butter, no pun intended! We primarily make space-capable optics for the global weapons and surveillance industry. The grapes are just a byproduct of our top-secret manufacturing process, and we use them up to take advantage of certain farm subsidies.”

At press time, the bun had achieved peak disgustingness after an attempt to reheat it in the microwave.