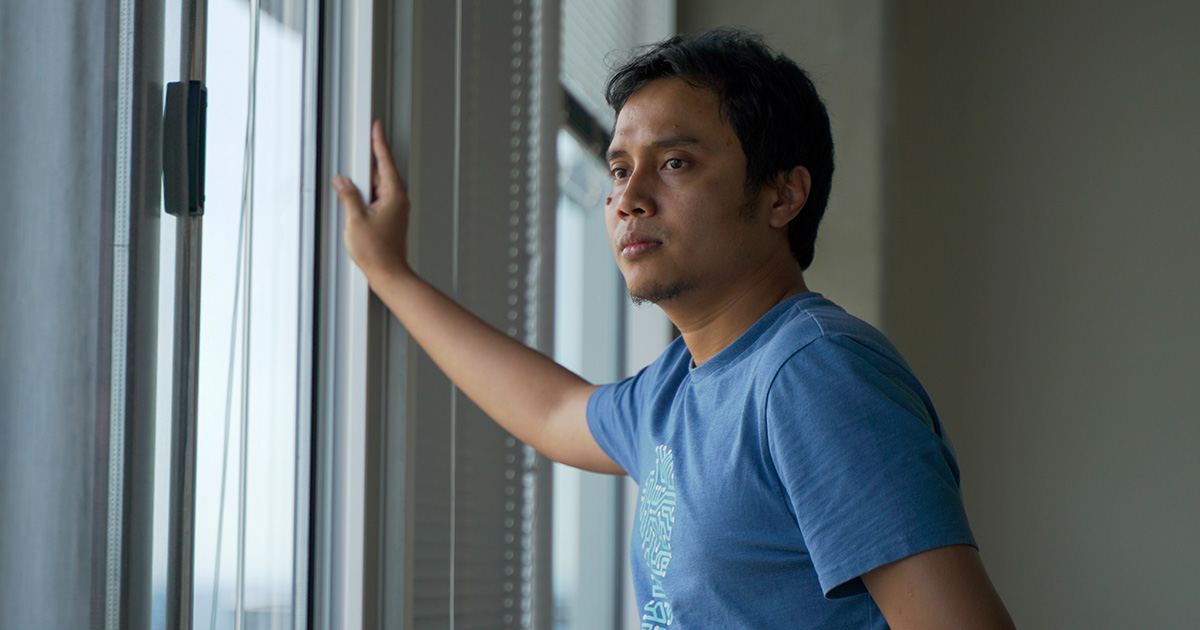 LOS ANGELES — 40-year-old IT worker Shane Bryce realized yesterday that he can’t imagine a time in his life where reading an entire book would be a realistic option ever again, sources close to the man who “prefers podcasts” confirmed.

“I was good for two-ish books a year back in my reading prime, but that reading time is now mostly used to check out pictures of vintage motorcycles on Instagram. And have you seen ‘Ted Lasso?’ That shit is funny; I’m already rewatching it. I’m sorry, but I can’t see prioritizing reading over something like that,” said Bryce. “Part of me is a little bummed, but then I play like, five hours of ‘Grand Theft Auto’ and I forget all about that sadness. I’ve had an unread copy of ‘Catch-22’ on my bookshelf my entire life that I might as well use as a firestarter — that’ll at least give it some use.”

“He really tried to read books, but he’d usually just fall asleep after like, four pages and keep checking to see how much longer the chapter is, and he never falls asleep when he’s arguing with his high school friends on Facebook. It’s nice to have him present — at least when he’s staring at his phone, he can pretend he’s listening to me. When he was stuck in Narnia or whatever it was like I didn’t exist,” said Sheldon. “Life is easier now. We can have a few drinks with dinner and then watch 10 episodes of ‘Parks and Rec.’ And it’s not like he doesn’t read at all —I mean, technically all the shit we see on anime subreddits is considered reading, right?”

Bryce’s situation is far from unique. Recent studies have shown that the average number of books read per year has dropped steadily over the last decade.

“Book reading used to increase with age: an older woman may start reading romance novels, and men typically gravitated to books about naval ships. Now both of them are more likely to stay up all night reading QAnon theories on far-right webpages,” said Miles Tabner, Director of Literary Sciences at Dartmouth College. “The book industry has tried to modernize with e-readers and audiobooks, but unless they figure out how to get an endless Tiktok scroll I can’t see this changing. Yay for trees, I guess.”

Bryce was unavailable for further comment, as he was busy scrolling through Netflix looking for a show he hasn’t already watched six times.