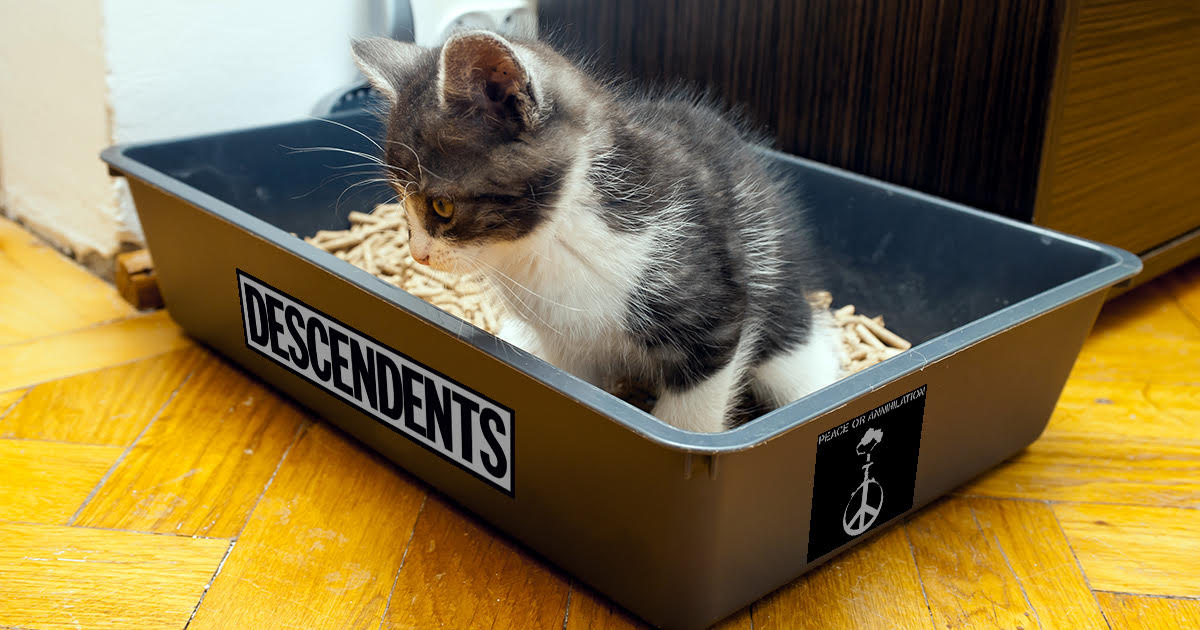 ROCHESTER, N.Y. — The only working toilet in local punk house The Mooseknuckle is simply a litter box following a breakdown in plumbing weeks ago, disgusted guests of the dilapidated structure confirmed.

“The ‘people’ toilet hasn’t really worked since we started squatting here,” said Patty Beeley, the house’s most veteran resident. “We didn’t realize it right away — we just thought it would require a few flushes after stockpiling the aftermath of weeks of Plates from Nick Tahou’s. Turns out the plumbing is seriously broken, so we found an old litter box in the dumpsters behind PetWorld and set it up in the house. It’s been working great! We’ve even had a few strays from the neighborhood come to use our luxuries.”

“The cats will usually leave a dead mouse on the floor as payment, which is pretty thoughtful,” added Beeley.

“I’ll admit, it was a little weird at first,” said local punk Klam Bäke. “But if you picture it like you’re shitting in a hole outdoors, it’s not so bad. And I will say, squatting in full view of an entire party and refusing to break eye contact with people… it gives you this sort of primal ownership of the place. Really, the only drag is they’ve got Scott’s brand toilet paper. It’s like wiping your ass with sandpaper.”

Mooseknuckle residents pooled their resources last week to hire Randy Pitt, the area’s highest-rated plumber, but even he couldn’t fix a single toilet in the house.

“I’ve never seen anything like it,” stuttered Pitt, drinking from a flask of whiskey. “Oh my God, the smell… I couldn’t escape it. I managed to open the lid, it was horrific: coagulated goop surrounded the bowl, but something on the surface… it was moving. I swear, the ‘make’ spawned a colony of organisms, chanting and worshipping a shit-statue of the ass that created them. I threw up in the litter box — it was the only plumbing in the house, after all — and I think I spewed on some cats, too. I feel bad about that, but I ran out of there and didn’t look back.”

Mooseknuckle’s litter box has since expanded to the main corridor, and a majority of the square footage of the house now occupies the toilet.