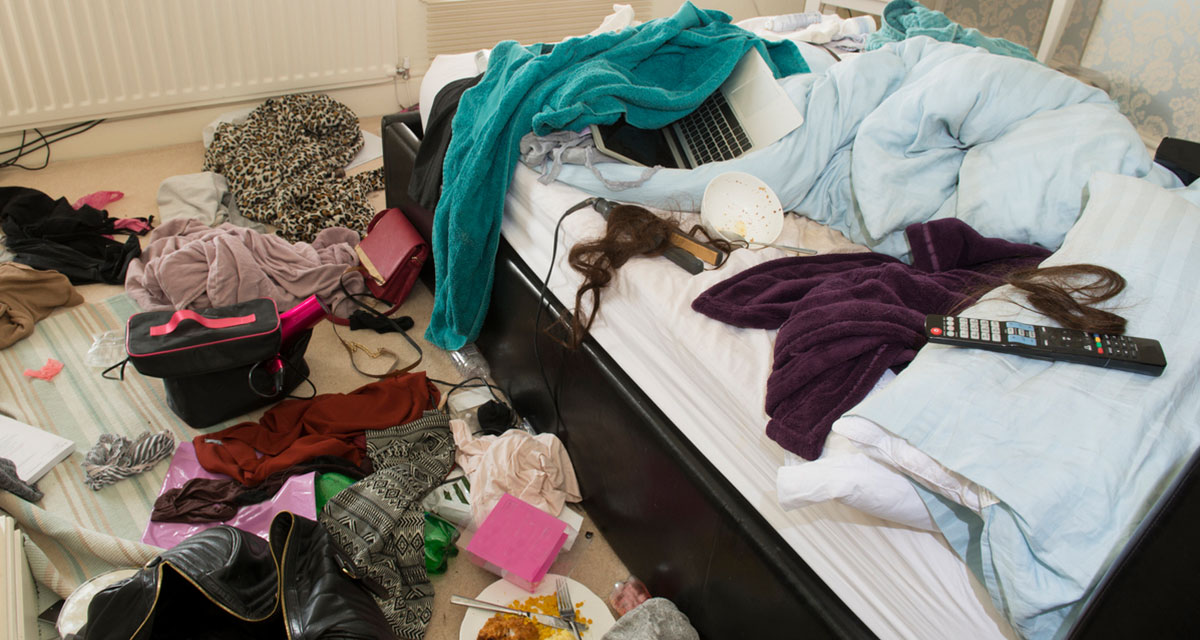 KANSAS CITY — Local slob Donna McKenny agitated her roommates again yesterday with her claim that the mounting piles of dirty clothing in their apartment is her way of conserving water, disgusted sources report.

“Laundry is so tiring… I mean, wasteful. All that water going down the drain, and for what? Just so my underwear doesn’t stink? I don’t care, and I’m the one wearing them, so I don’t see what the big deal is,” said McKenny, almost toppling off a pile of dirty clothes on which she was lounging. “And if they start to stink past the point of no return, you can just buy new clothes. My roommates just aren’t environmenters like me, I guess. I want to be more like that Gretto Thenborger girI and do my part.”

“In fact, I care so much, I’ve stopped doing my dishes as well,” she added. “You know you can eat four or five meals off of the same plate, right?”

“Everyday it’s the same bullshit. Her filth covers every inch of free space,” said O’Shea, tiptoeing around multiple piles of what could be dirty socks. “I can’t bring friends or dates over because this place looks like a garbage truck crashed into a Goodwill donation box. Plus, if someone does come over, Donna shames them for wearing clean clothes and smelling good. The other day, she didn’t flush, and when I confronted her, she tried to sell me this spiel about how we shouldn’t flush until the bowl is full to the top so we can conserve water.”

“I would take McKenny and her conservation techniques more seriously if I wasn’t fully aware that she often spends her days pounding beers in a plastic pool in her backyard with the hose running the entire time,” said Russell. “How do I know this? Because she’s my neighbor and her house attracts rats which have taken up residence in my basement, and I’ve had to call an exterminator five times. None of this is good for the environment. Just clean up after yourself.”

McKenny was last seen “recycling” the copper pipes in her apartment walls and trading them for weed.