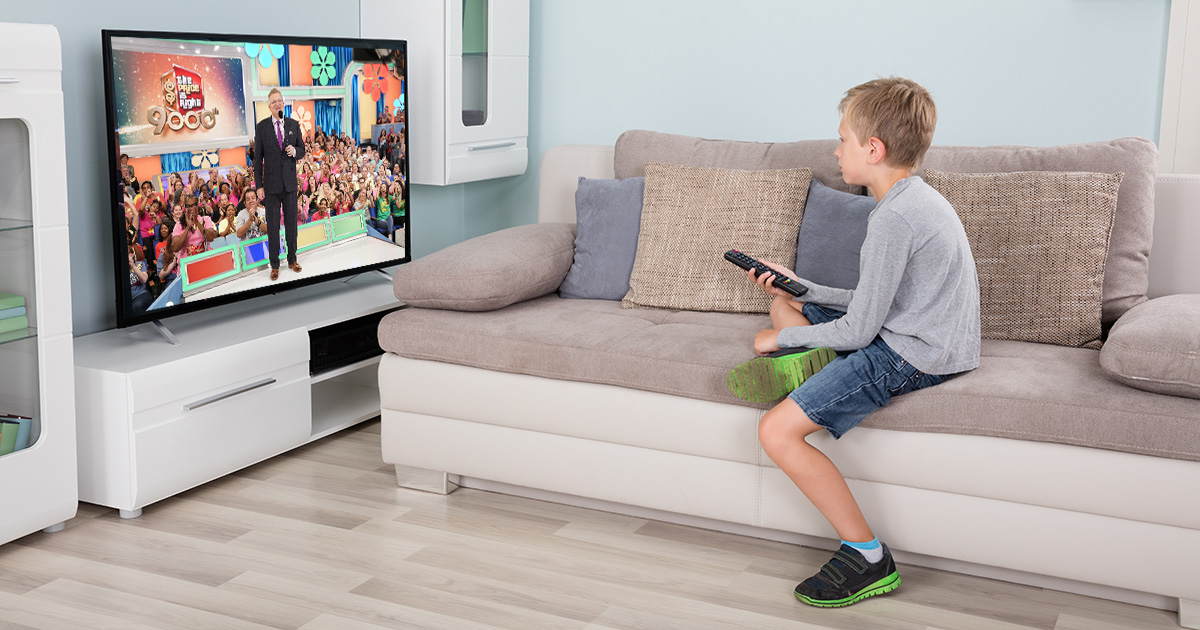 “I was almost out the door this morning when Kevin said his stomach hurt,” said Darla Wood, the boy’s mother. “I had a huge meeting first thing and Brandon [Kevin’s father] is in Portland for work, so I just planted him in front of the TV. Sometimes I feel a little guilty leaving him like that, but he absolutely loves ‘The Price is Right.’ He watches all the reruns, and when we actually manage to have a family dinner, he’s always going on about ‘Drew said this’ and ‘Drew did that.’ Brandon and I joke that we’re co-parenting with that guy.”

“God, another meeting,” Wood continued, looking at her phone. “I’m not getting home anytime soon.”

“Kevin is a great kid, don’t get me wrong,” Rundman said, examining a crayon drawing the student had made of Drew Carey and fellow “Whose Line Is It Anyway?” cast member Ryan Stiles. “He always plays nice with the other children and he’s actually great with sharing. It’s just weird that he likes to sit at a desk and watch other students play, then wisecrack whenever there’s a pause. He also keeps referring to the lunch period as ‘The Showcase,’ and he always welcomes new students and briefly asks them a few questions before lightly applauding. It’s just a little worrisome.”

“I also don’t know where he got those horn-rim glasses,” Rundman continued. “I don’t think they’re prescription.”

“It’s actually very common for neglected children to bond with TV hosts,” Carter said. “Some kids will latch onto Richard Dawson from reruns, some will find themselves unconsciously patterning behavior after the guy from ‘Cash Cab.’ In the absence of a present parental figure, children will especially gravitate to and emulate game show hosts, who represent structure and firm rules for behavior. Then there are the poor children that imprint on Steve Harvey. God help them.”

As of press time, Kevin was writing yet another entry in his diary about his best friend Drew, who was going to come visit any day now.