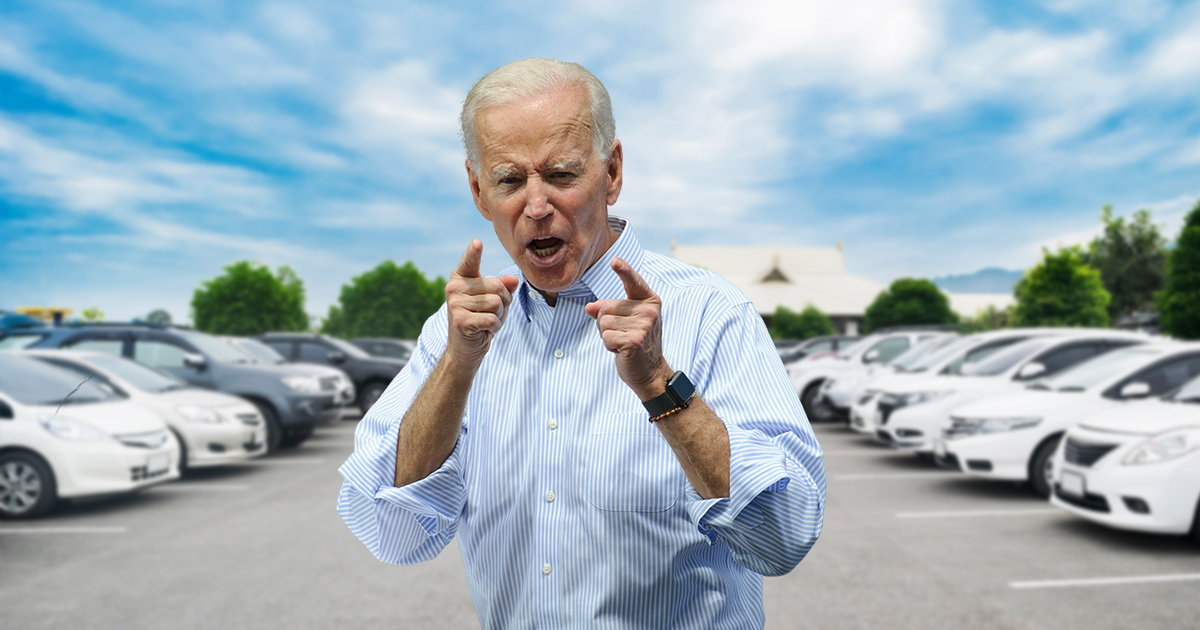 DETROIT — Joe Biden was seen pacing back and forth outside a local factory today, searching for the mother fucker he invited to “take this outside” with — if there was one, which he also does not remember, sources hyped up for a fight confirmed.

“I’m going to get my hands around that smack lipped newspaper boy and whoop him like a Delaware sewer rat at a garden party,” Biden reportedly said to a loosely gathered cluster of people on their lunch break. “Show yourself you weak-wristed sailor! I knew this horse’s ass wouldn’t show his face. Still undefeated!”

The Vice President reportedly spent somewhere between 30-45 hassling passersby and others in the general vicinity of the Union 412 Auto plant, where he was scheduled to hold a campaign rally.

“That guy is running for president?” one local passerby said when asked about Biden’s shouting. “He asked me the time but when I tried to pull out my phone he grabbed me by the throat and said ‘i’m trying to restore dignity to the fucking White House’ then took a swing at me. Sad what this country has done to its mental health institutions. We need more funding.”

As viral videos of the incident spread online, Biden aides told reporters they believe this can be seen positively and fits within the Vice President’s greater message.

“We believe the Obama coalition will rally around Biden’s strong campaign message of ‘It’s not OK to diagnose people running for the most powerful job in the world,’’ one top advisor said, requesting anonymity. “If that doesn’t work, we’ll go with a PC scolding about how criticizing a man running for president means you hate people who stutter.”

At press time Biden was seen attempting to show his strength through ten strained pushups and challenging children to arm wrestling matches.