Iron Maiden Launches Vintage Wine That Gets Better With Age, Then Slightly Worse, Then Terrible, Then Better and Better Again 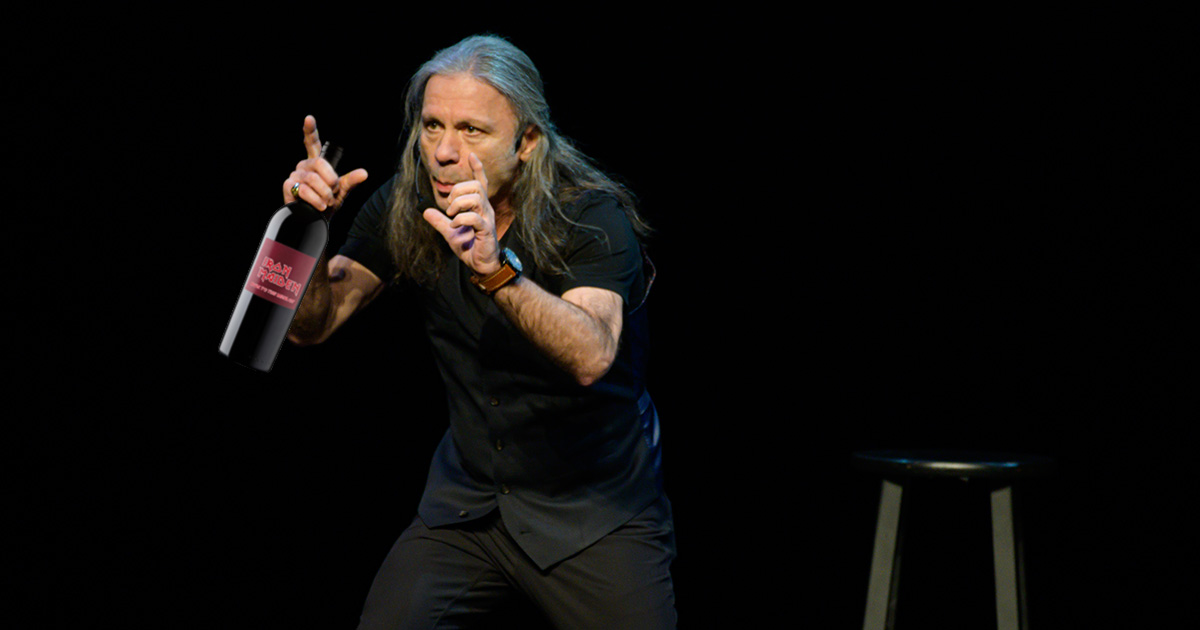 LONDON — Heavy metal legends Iron Maiden have launched a limited edition vintage wine, “The Number of the Yeast,” which boasts widely different flavor profiles, depending on its age.

“This is a bloody great wine. We really tried to capture the essence of Iron Maiden’s music — we wanted every sip to make you run for the hills with excitement. And depending on the vintage, it could be some of the worst tasting swill on the planet, or so delicious you won’t be able to stop drinking it,” said bassist and songwriter Steve Harris. “It’s not some run-of-the-mill juice we’ve given a cheeky name and stuck Eddie and our logo on… although that is the reason people will buy it. We even got Eddie wearing a beret, chugging from a wine barrel and impaling a farmer with a baguette on the label.”

“I would describe it as a full-bodied chardonnay with lots of character. It tastes great straight away, but as it matures, it gets deeper and richer… until about the eight or ninth year, when it dips noticeably. After that, it really takes a nosedive in the flavor department,” said Beautreillis. “About years 15 to 18, I’d rather drink my own piss, to be honest. Then, surprisingly, it starts getting better and better again. It’s a great investment.”

Long-time Maiden fan Tim Powell was one of many to preorder the new wine, although he first thought it was a new recording.

“I buy anything they put out. I have Iron Maiden ash trays even though I don’t smoke, Iron Maiden cutlery even though I can’t cook, and Iron Maiden curtains even though my parents’ bedroom doesn’t have windows. The only shitty part is shipping took long as fuck, and I already missed the mark to drink the wine during it’s peak, so I’m going to have to wait like, a decade for it to get good again,” Powell said. “I don’t have a wine cellar, but my mom’s laundry room is pretty cold and damp. I guess I could leave it there. Maiiideeeen!!”

Iron Maiden’s wine is on sale in the U.S. and most of Europe starting in October. The price is $30 dollars a bottle, or $20 for a bottle signed by Janick Gers.