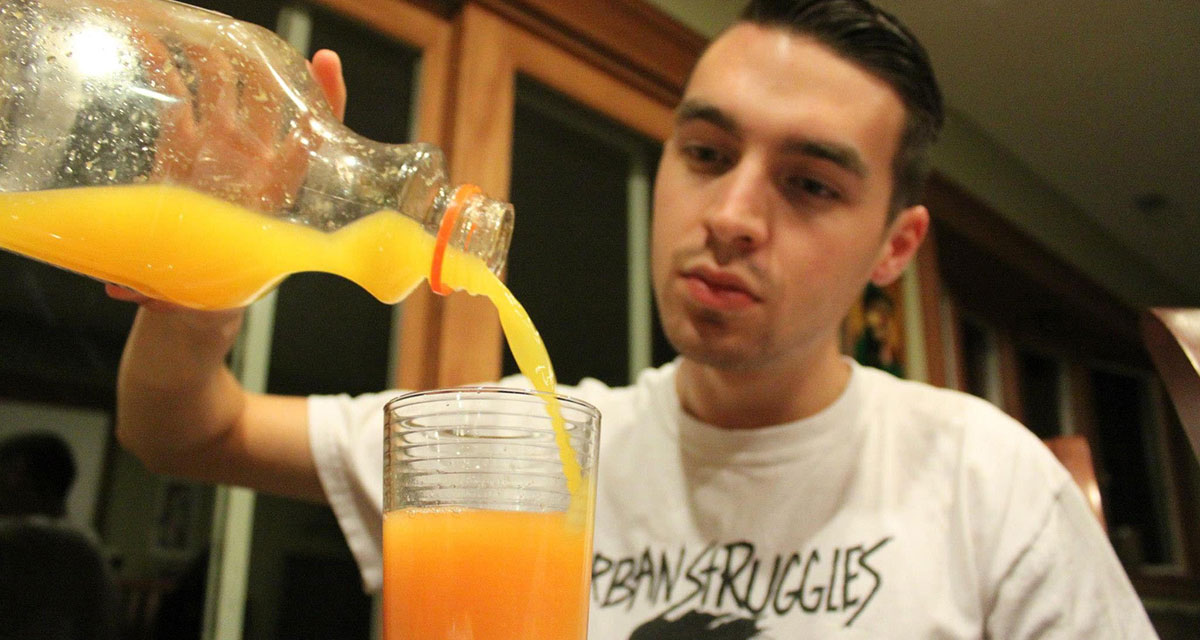 “Honestly, I didn’t even realize this was a big deal until everyone started yelling at me,” said Bower. “I thought everyone went out of their way to think of me and actually buy some things I would enjoy… but apparently I’m a ‘moron’ and a ‘total douche’ because I pounded down a warm, two-liter bottle of Coke.”

“I got one hell of a sugar headache after last night, I can tell you that much,” added Bower.

According to reports, Bower not only drank all of the aforementioned Coke, but also downed the ginger ale, a gallon of orange juice, a metal can of pineapple juice, a carton of half-and-half, tonic water, a bottle of grenadine, and a liter of Jose Cuervo Margarita Mix.

“That cheap fuck drank more than any of us and didn’t chip in a single dollar because ‘he doesn’t spend money on alcohol.’ But he had no problem downing a fuck-ton of iced tea I brought for a nice bourbon cocktail,” said partygoer Cara Langston from her bedroom with all the curtains drawn. “Four people ended up going to the hospital last night because they were forced to drink straight Kamchatka all night. The party ended with most of us puking our guts out while Dave played video games in his bedroom.”

Straight edge historian Sam “XSammy KnucklesX” Perez indicated that this is not an isolated incident.

“Straight edge people going as far back as 1981 have tried their best to blend in at parties by drinking whatever is available to them — sometimes, a straight edge person in new social situation will empty a beer can and fill it with water to avoid conversations like, ‘Why the fuck aren’t you drinking tonight, bro?’ and other intrusive questions,” said Perez. “I just hope Mr. Bower doesn’t take this as indication that he needs to become some scumbug, edge-breaking piece of shit unworthy of love.”

Friends of Bower have vowed to only hold parties in bars from now on to completely avoid having to deal with his presence.