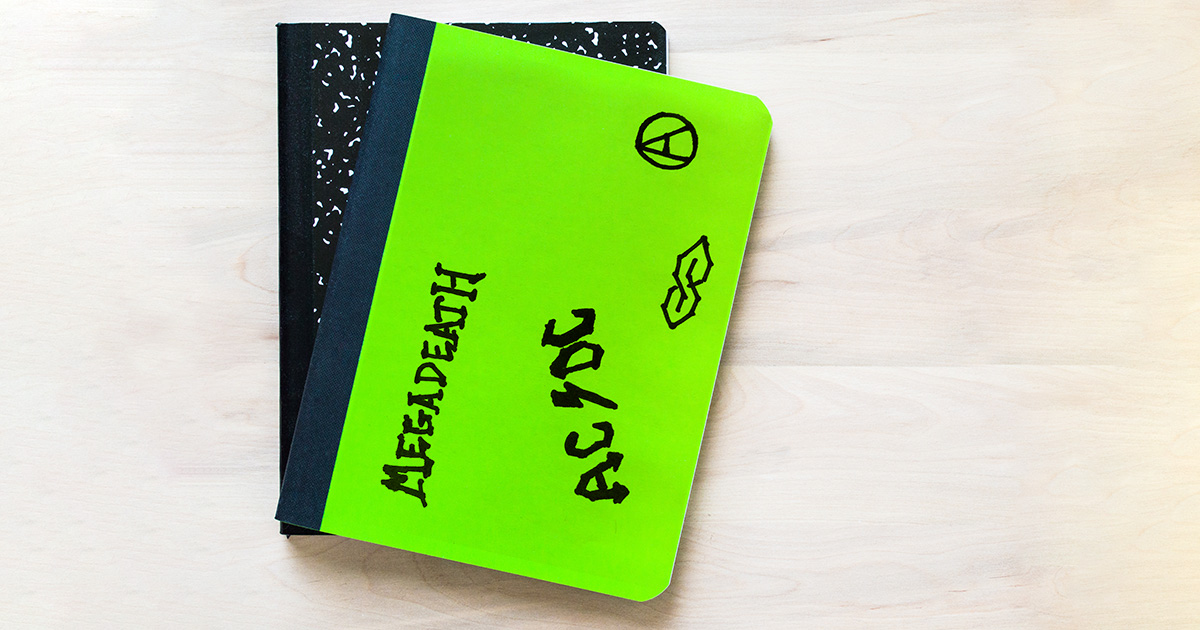 “I’m ashamed of myself,” remarked the 11-year-old, in between smacking himself in the face repeatedly. “I should’ve just Googled it before mindlessly scribbling on my notebook during Mrs. Van’s lecture on fractions. I guess that’s what I get for getting into music for the first time in my life. I’ll never be able to show my face at school again.”

“You always gotta be on the lookout for this kind of asshole shit,” the 30-year-old grocery bagger told us while on his smoke break at a local Family Foods. “I knew this kid was a total fake right when I saw his notebook: not only was Megadeth spelled wrong, but he also wrote ‘Deaf Leopard,’ ‘Limp Biscuit,’ ‘Corn,’ and ‘Motley Crew.’ Everyone knows it’s spelled C-R-U-E, with those dumb little dots above the ‘u.’ And even though he did spell Led Zeppelin right, I still issued his ass a poseur citation.”

“Yeah, I carry around these little poseur citation tickets to the junior high schools and I give ‘em out to all the poseurs I encounter,” he added. “It’s kinda my form of social activism.”

Math teacher Mrs. Van was a little concerned about Luetzen’s error, but unsurprised.

“I’ve seen this every single year since Megadeth gained mainstream success with ‘Peace Sells…but Who’s Buying?’” the teacher explained, while frantically scribbling word problems on the chalkboard. “Some poor kid trying to be hip writes ‘Megadeath,’ thinking only a complete idiot would spell ‘death’ without an ‘a’. But guess who’s a complete idiot, after all? It’s Billy. And quite frankly, it’s fucking pathetic.”

Luetzen is reportedly contemplating getting into hip hop, hoping that maybe rappers would spell their names correctly.