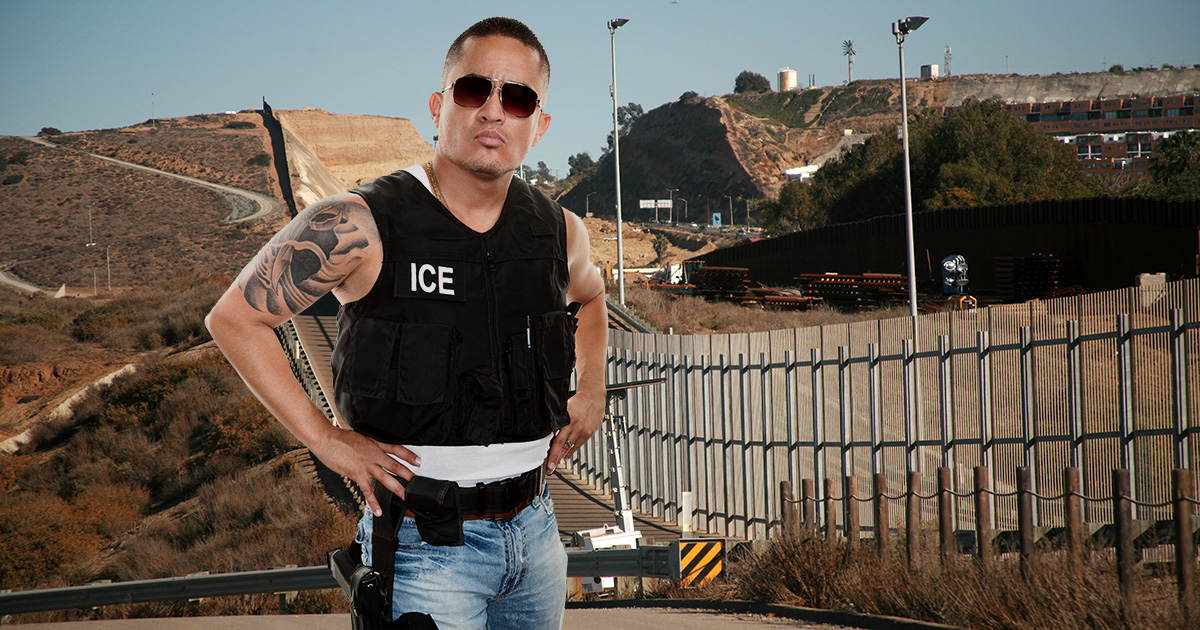 EL PASO, Texas — An agent with U.S. Immigration and Customs Enforcement was indignant today after once again being compared to a member of the Gestapo, despite personally avowing to have more in common with the SS.

“If there’s one thing I have zero tolerance for, besides illegals, it’s blatant misrepresentation,” said Adam Roberts, a deportation officer in Enforcement and Removal Operations. “I know it’s fashionable to compare ICE employees to the Gestapo right now, but that couldn’t be further from the truth: we are much more closely aligned with the SS. The inability to see the difference is maddening — just look at my scary face scar and lightning bolt tattoo, for cryin’ out loud.”

Roberts admitted the popular comparisons are among the biggest stressors in his day-to-day. Indeed, many of his coworkers agree that the constant comparisons to the Gestapo on social media are not just hurtful, but incorrect.

“I’m a bit of a World War II nerd, so I know the ICE/Gestapo correlation is very misinformed,” agreed Tina Walker, Roberts’ coworker. “For one thing, the Gestapo had Schutzaft, the power to put people into protective custody for whatever reason they wanted. While that is cool as shit, it’s definitely more of a Border Patrol thing, not ICE. We run detainment centers, so we’re obviously way more like the SS, who ran the death camps in Nazi Germany. It’s not rocket science.”

Former University of Texas-Austin history professor Gerald Richardson said there are significant challenges involved in trying to draw parallels between Nazi Germany and the U.S.

“On the one hand, you have the extreme similarities in general public response, what with fear of reprisal by law enforcement, and a general unwillingness to acknowledge that these camps exist in the United States right now,” said Richardson. “But on the other hand, the Nazis were German, and they went after Jews, homosexuals, and political dissidents; not Central Americans. So, it’s impossible to compare the two.”

Speaking through a translator, a teenage detainee at the El Paso Del Norte processing center said, “The fact that ICE won’t give us beds or soap isn’t enough to change anything. Maybe once they start making soap out of us, people will give a shit.”