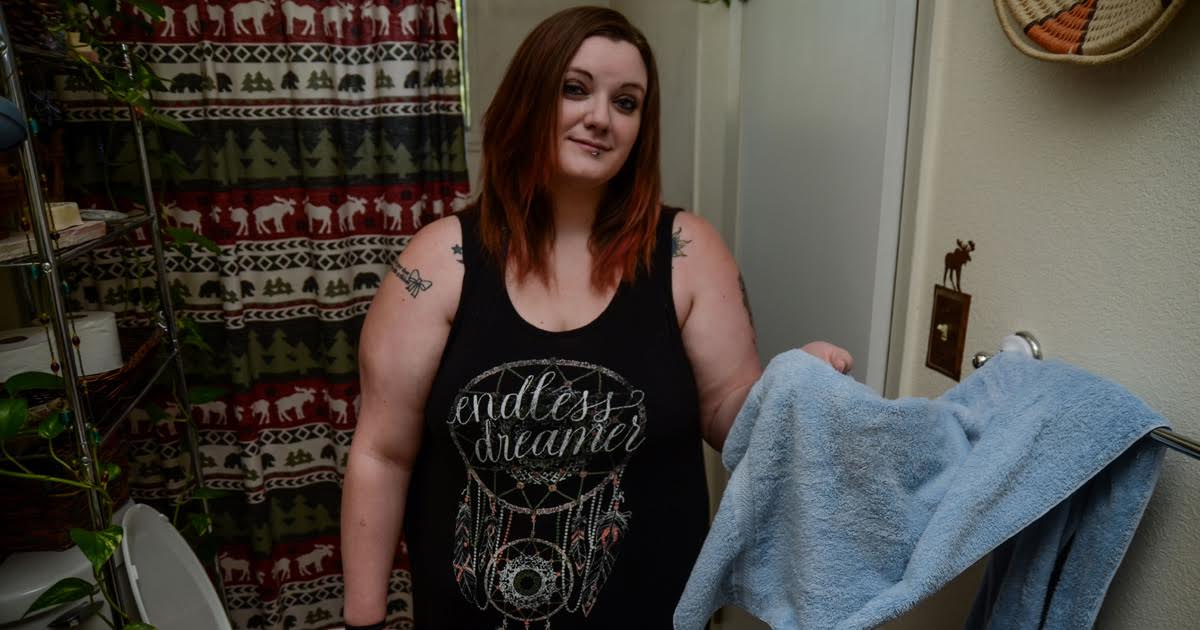 RENO, Nev. — Touring hardcore outfit Hammer Envy received a single, damp towel last night to share amongst the four of them while staying at a local punk’s home following their show, filthy members of the group confirmed.

“This is our first time in Reno, so we’re really thankful Sammy [Cruz] let us crash at her place before we head back out,” said Hammer Envy bassist Pedro Turner. “The house really isn’t in the best shape, though. No one could figure out how her shower even works, and the one towel she gave us all to dry off with smells like a dumpster where mold goes to have disgusting sex.”

The amenity in question — a light blue, Threshold-brand variety believed to be stolen from a St. Louis hotel — has reportedly been used by multiple bands, and has yet to endure a wash cycle in nearly three years.

“Sure, it looks pretty raggedy, but that towel has been through a lot. I think the guys from Sky Raker left it behind after they rolled through a few years back, and it’s sort of been the go-to towel for anyone visiting ever since,” said Cruz. “My housemates only use it when they need to either dry the dog or soak up the puddle behind the refrigerator. It’s nice to have something to offer guests.”

Sadly, members of the band are looking for more absorbent options.

“We’re nearing the end of the tour, so we don’t really have any clean clothes we could dry off with,” said drummer Al Dixon. “There’s a bandana on the floor of the van… but, honestly, I think I’d be better off taking my chances with the moldy garbage towel. I stole a bunch of napkins from the venue that should do the trick for tonight at least. The other guys are screwed, though.”

Members of Hammer Envy were last seen running back to their van to avoid an unwashed sheet and an old pillow Cruz offered to “make them more comfortable.”