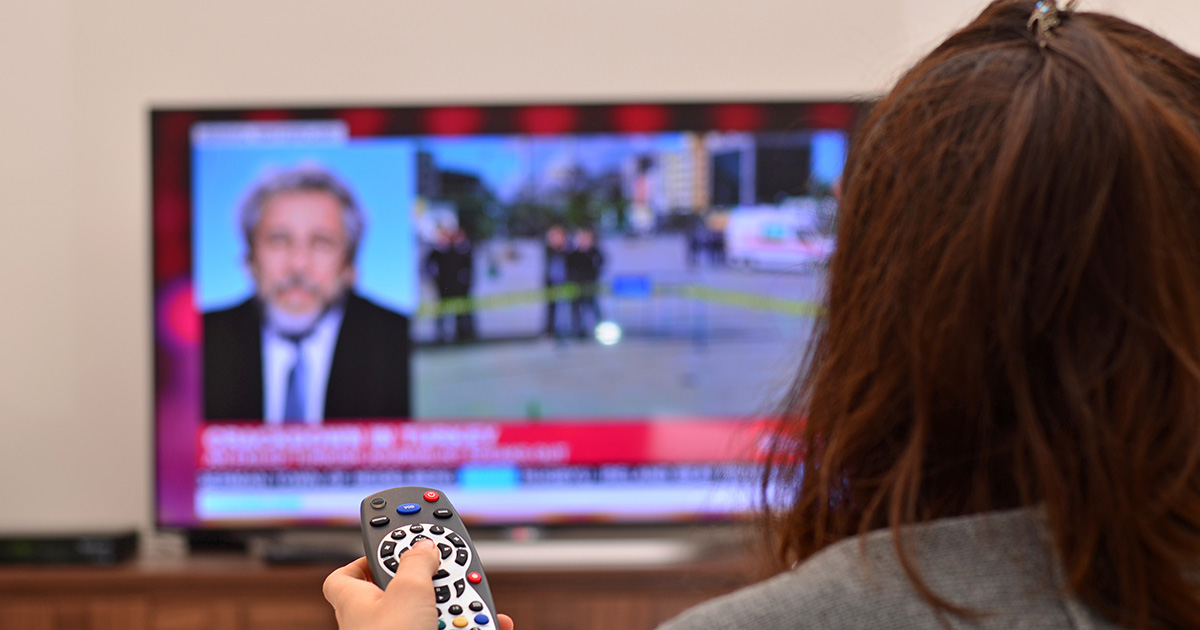 “I used to watch all the classic horror series in October,” Pagán explained while buying a subscription to the New York Times. “Halloween, Nightmare on Elm Street, Friday the 13th… but a lot of this stuff just doesn’t scare me like it used to. The real adrenaline rush and acute fear of death only comes now when I read the news every morning.”

A life-long “horror junkie,” Pagán broke her specific tastes down in greater detail.

“I’m really into the local, indie stuff, but I’m not a snob,” Pagán elaborated. “The national news can be just as scary. Like, I have family in Puerto Rico still struggling after Hurricane Maria — the utter nightmare of living in darkness with no resources makes the entire Saw franchise look like a Pixar film.”

Pagán is reportedly getting hyped for the news-binge by turning on her notifications for the Washington Post and CNN. Unfortunately, however, her DIY decor has received mixed reviews — her roommates allegedly tried to remove her “spooky” prison industrial complex garland, and threw out her immigrant detention gingerbread camp.

Still, Pagán is determined to ring in this year’s traditional, macabre celebration of doom and terror through current events.

“Don’t even get me started on this Kavanaugh stuff,” she said. “What’s gonna get me in the Halloween spirit more: one slow-moving dude with a William Shatner mask and a knife, or the government telling thousands of old white guys that they can get away with rape? No contest.”

“She said the story ‘terrified her’ and was ‘fucking awesome,’ and kept asking if we could air it again closer to Halloween,” Chafee said. “I would’ve considered it, if I didn’t know that story would definitely get buried by at least a dozen, way more fucked-up stories — probably in as many days. What a nightmare.”

At press time, Pagán was scrolling through Twitter for her third consecutive hour, occasionally gasping, jumping out of her seat, and muttering, “Don’t click the link! Turn around, bitch — get out of there!”