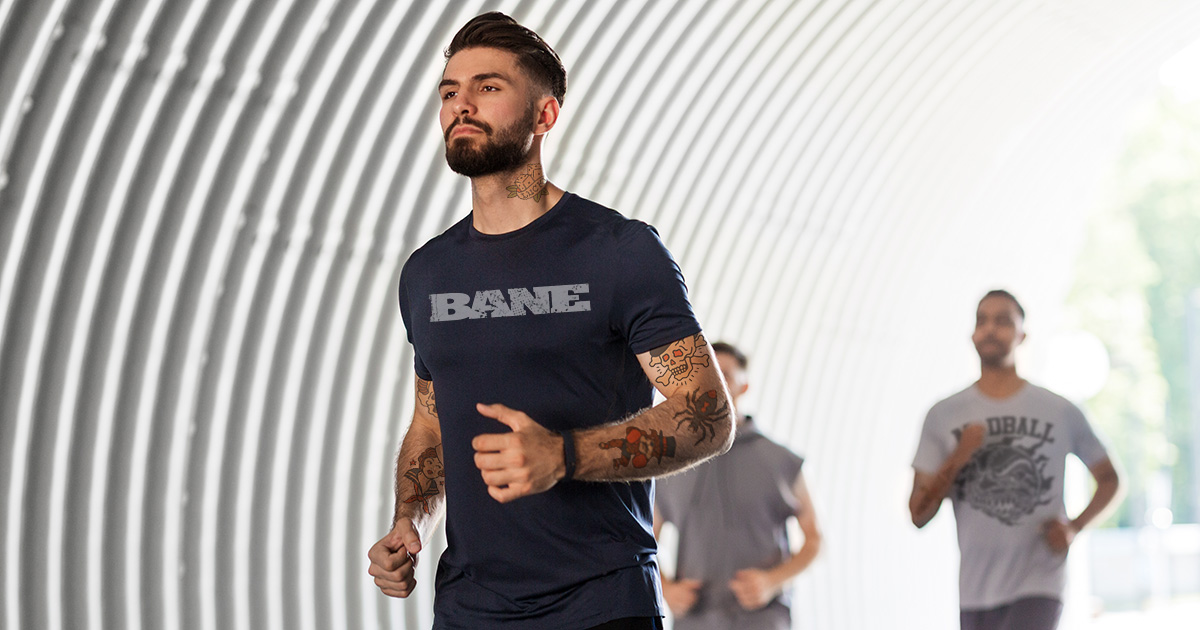 OAKLAND, Calif. — The local Oakland hardcore scene announced today that it will collectively convert to being a heavily tattooed running group after months of debate as to what to do while living without live shows, confirmed sources icing their knees and backs.

“Going to shows and fucking people up during my friend’s bands’ sets used to be something I looked forward to every week,” said show-goer turned running enthusiast Dustin Geiger. “Obviously, the music was a big part of it, but moshing and head walking were my primary sources of cardio. With everyone stuck inside and not much else to bond over other than piling on each other on social media, it just got to a point where we had to find another way. Running has been a great outlet, even if some of the straight edge kids are worrying about the ‘runner’s high’ and whether that counts as an edge break.”

Many active scene members flocked to the running group after realizing they had put on too much weight to be supported after a stage dive.

“I mean, at first it was tough as hell to run even a mile, because the most exercise I’d been getting was walking from my couch to the fridge,” said Megan Lee, who joined the running group early last month. “It took me a couple outings to realize running wasn’t just two-stepping in a forward motion, or that I’m not supposed to throw elbows when I pass other runners — that was awkward. But the group has been really inspiring. Especially all the female runners, who are always planning the running routes and making sure everyone is hydrated.”

The changes have also been a boon to local businesses.

“One day, all these people in camo shorts and AirMax 90s started showing up to get outfitted for running,” said Zeke Wilson, who owns a local fitness apparel store. “Everyone appreciated their enthusiasm, but once they started trying on shoes and aggressively yelling at customers to ‘open this pit up’ and doing windmills, my regulars, understandably, started getting a little nervous. They were already six feet apart — I know everyone is trying to be safe — but it was a bit much.”

At press time, Geiger confirmed dates for an upcoming 10K event he is organizing for charity that will be featured in a multi-camera livestream via Hate5Six.