Guy Who Doesn’t Follow You Back Must Want You Dead 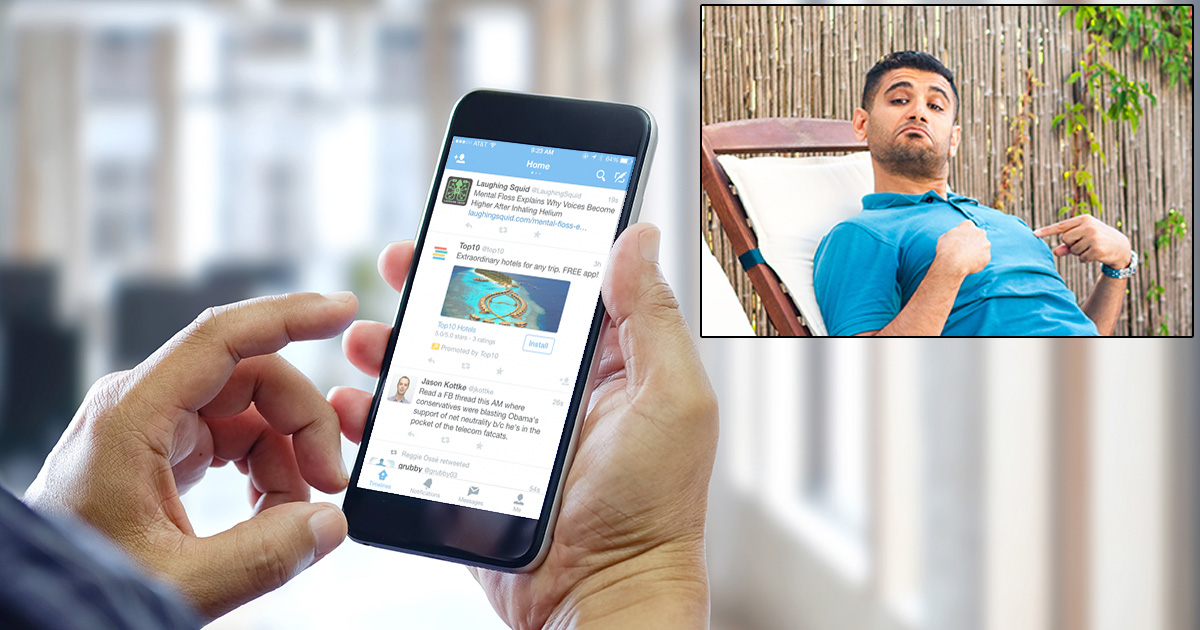 SAN FRANCISCO — After liking, sharing, and commenting on his posts, it looks like your “new friend” from last week’s virtual open mic Chris Hardny is not going to follow you back on Twitter, you sadly confirmed.

“Things were going great at first: I sent him some private messages in the Zoom open mic, commenting on how overrated folk music was after this girl sang a song about her dead pet mouse,” you confessed, refreshing your Twitter feed with bloody thumbs. “I looked him up later that day and saw he had a Twitter account, so I followed him… but within minutes I knew something wasn’t right. This is how it always goes when someone doesn’t follow you back, you know? When I checked back several hours later, I knew he was lusting for me to be quartered by those coyotes down by the gas station.”

Hardny, who noticed that you followed him, believes you need to talk to a professional.

Twitter representative Jason Fisk was ecstatic that the platform’s new algorithm was working so smoothly.

“We’ve been working hard to make sure our users accept and understand that when someone they believe they are equals with does not follow them back, it means they would rather see you flattened under an 18-wheeler after being ejected from a rolling vehicle instead of following you back,” Fisk explained. “The beta testing was superb with our lab chimps. Within minutes of not being followed back, the chimps went into a frenzy: erratic sweating and shaking was followed by intense social media stalking of the followee, and went as far as photoshopping their faces onto the other chimps’ profile picture. Again, huge success — I got promoted to head of R&D for that one.”

At press time, Hardny was filing a restraining order against you due to an impromptu visit you paid to his son’s soccer game to try to give the young boys apples and Capri-Sun.