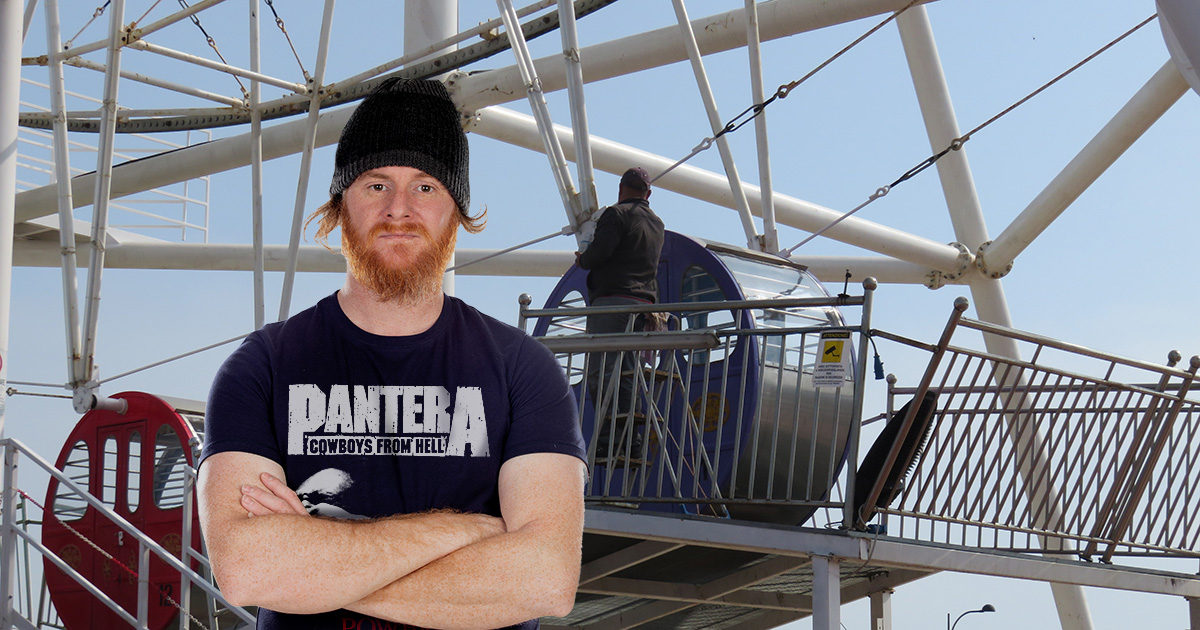 CANASTOTA, N.Y — A rough-looking carnival worker sporting a Pantera shirt responsible for running a Ferris wheel made it certain he could give you and your friends a ride free of charge, you confirmed after noticing the staggering amount of empty beer cups surrounding the man.

“I hate to sound all cliche and all,” Carnie worker Wendell Pratt said with a slight slur to his speech. “But I really am a big deal here at the carnival. Us Pratts have had our finger on the pulse of the Ferris wheel game for generations, so I can let a couple of lucky cards slide in free of charge here and there if I choose. I don’t do it for anyone though, but usually if I’m tanked enough, or if you’re wearing a super funny hat with a swear on it or something, I can look the other way, brother”

Initially, you were reluctant to take the drunken carnie up on his free ride offer, but it was just too good to resist.

“At first I thought to myself, ‘no fuckin’ way am I getting on this Vinnie Paul looking fucker’s rickety-ass Ferris wheel,” You said while stepping aside to get away from all the secondhand smoke and loose screw falling from the ride. “But I was pretty broke, and my girlfriend really wanted to people-watch from the highest point of the carnival, so we decided to take him up on his offer. Only one of the four people in our group suffered minor injuries, and could have been worse if they didn’t have a tetanus shot.”

George T. Racker of the Racker and Sons traveling carnival expressed his frustration with catching on to his employees giving free rides away.

“I’m getting really goddamn sick and tired of finding out these pricks are letting any random rube take a ride without paying,” Racker exclaimed. “I don’t know what the connection is between guys wearing shitty metal band shirts and thinking they’re big shit. There’s a guy who wears a Mudvayne shirt every day, and I constantly catch him hitting on middle-aged moms and letting their kids ride on the tilt-a-whirl for free! Either I need to change my vetting process for new hires, or implement a new five drink maximum.”

At press time, you and your group of friends were seen avoiding a man in a Metallica shirt who was drunkenly offering you a chance to win a giant stuffed Shrek for your girlfriend.