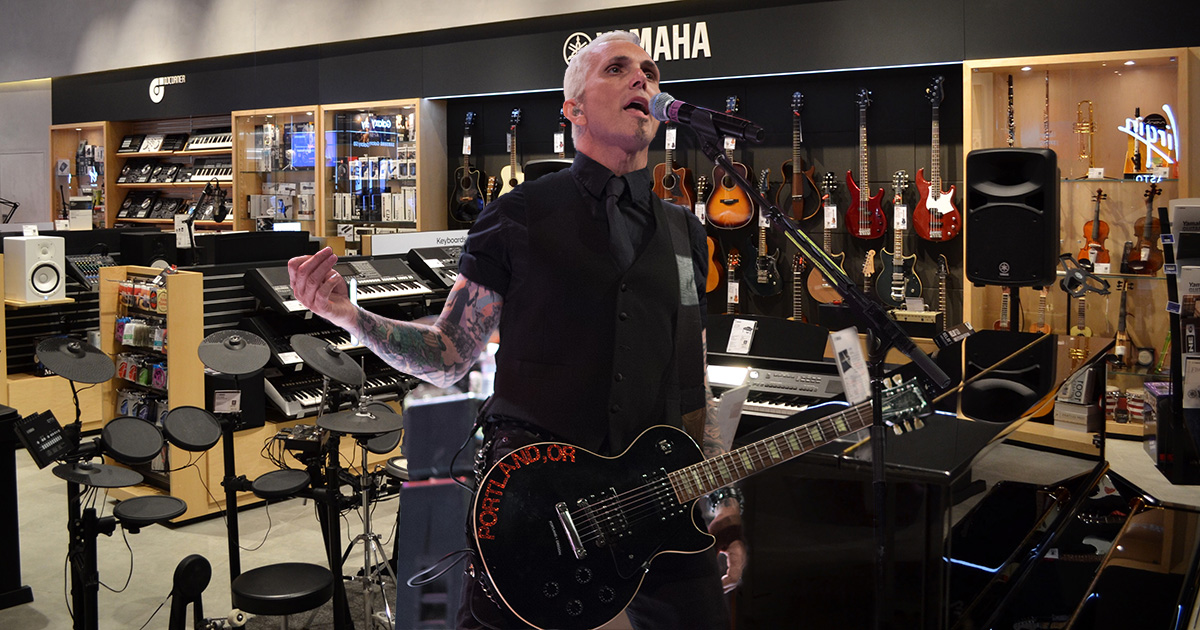 “I was in the storeroom when one of my employees asked when I arranged to have Everclear do an in-store appearance and acoustic set. I had no idea what he was talking about — we stopped doing those when COVID hit, and we stopped considering Everclear like, 20 years ago,” Doyle said while cleaning up the mess the band left behind. “Lo-and-behold, I went out onto the floor and there they were, playing ‘Father of Mine’ while sitting on stools I think they brought from home. We’re only allowed to have 10 customers in the store at a time, and I think eight of them left as soon as they saw the band.”

The band, however, distinctly remembers booking the appearance.

“Yeah, we totally set it up with management. We talked to Paul, or Paula, something like that. Wow, that’s weird. We’ll talk to our manager about this. We wouldn’t just show up at a Guitar Center unannounced and start signing autographs, even if that is what the public demands,” said frontman and only original member Art Alexakis after fleeing the store. “It is not my fault that I’m a celebrity and was noticed by some fans. What’s the harm of selling a few ‘Heroin Girl’ shirts and kicking out a stripped-down version of ‘Santa Monica?’ You want a shirt? I got a whole box in my car. $20.”

Music management experts have noticed a trend in surprise fan engagements lately, and are not surprised by what happened.

“With COVID closing down all the state fairs, these musicians are not getting the attention they’ve grown accustomed to,” explained Anne Burgess of Burgess Talent. “You’ve got the Gin Blossoms performing at coffeehouse open mic nights, and Lit ‘accidentally’ showing up to strangers’ weddings with all of their gear. The best thing to do is let them perform their hit, thank them, and send them on their way. They’re harmless, really.”

When reached for an update, Doyle was unable to speak as she was dealing with a “Spin Doctors Situation.”