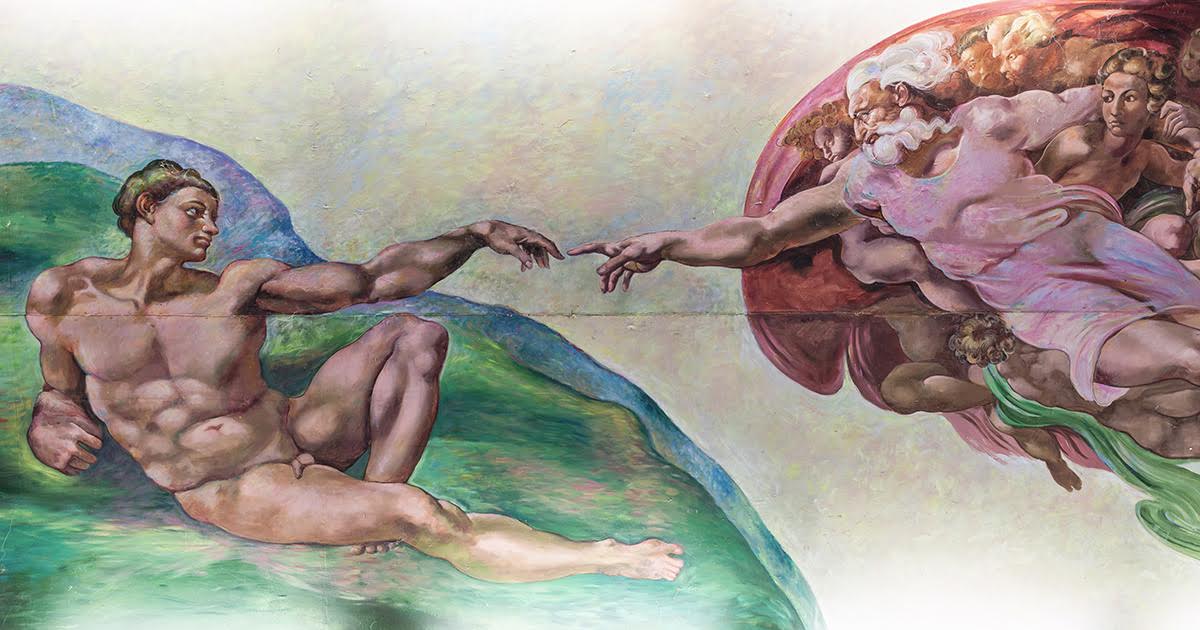 EDEN — God, the almighty, omnipresent being responsible for the creation of life itself, finally confirmed that he removed Adam’s rib primarily so Adam could suck his own dick.

“He just wouldn’t shut up about it,” the all-powerful one stated. “And even after I used said rib to create a whole other person, it didn’t matter — all he cared about was having extra range in his torso stretch. Literally, all day every day he just goes down on himself. Though, I suppose it’s considered paradise, so maybe this is what he was meant to do? I don’t know, I did it to myself once when I was a younger deity and it’s really not all it’s cracked up to be. Your back hurts after, you see your reflection in a still pond and think ‘is this my life now?’ But this Adam guy loves it.”

Adam, after being separated from his phallus for a brief moment, mentioned not even noticing Eve for a while.

“So I was there, alone, whatever, just kinda thinking this place sucks, then God rolls up and is willing to remove one of my ribs, and one thing led to another, and here we are,” he admitted, while repositioning slightly to continue the auto-fellatio session. “If I wasn’t meant to do this then why was I given such a wet, juicy mouth in which to feast on my genitals? Also, Eve keeps trying to get me to eat some apple, but I’m like, back off, I eat one thing, and one thing only, all day every day.”

“I figured since Adam was missing a rib, he’d be able to lean over more, and, let’s be honest, if you could, you would, right?” Biggs commented, while sketching what he believed it looked like. “The story of Eden is about how reckless indulgence of desire led to sin and the eventual expulsion from the garden, and what do you think is a clearer example of such sin? Someone eating a random apple, or a dude going downtown on himself all day and never shutting up about it? Case closed!”

Satan, the lord of the underworld, believes God is being a prude and that every being should enjoy themselves orally.

“Down here we encourage that behavior, y’all are missing out… we even remove two more ribs so you can reach your butt too,” said the great deceiver. “Of course, down here you can’t help but use excessive teeth. Also, your teeth are made of molten lava and we force your grandparents to watch you do it… but hey, it’s hell!”