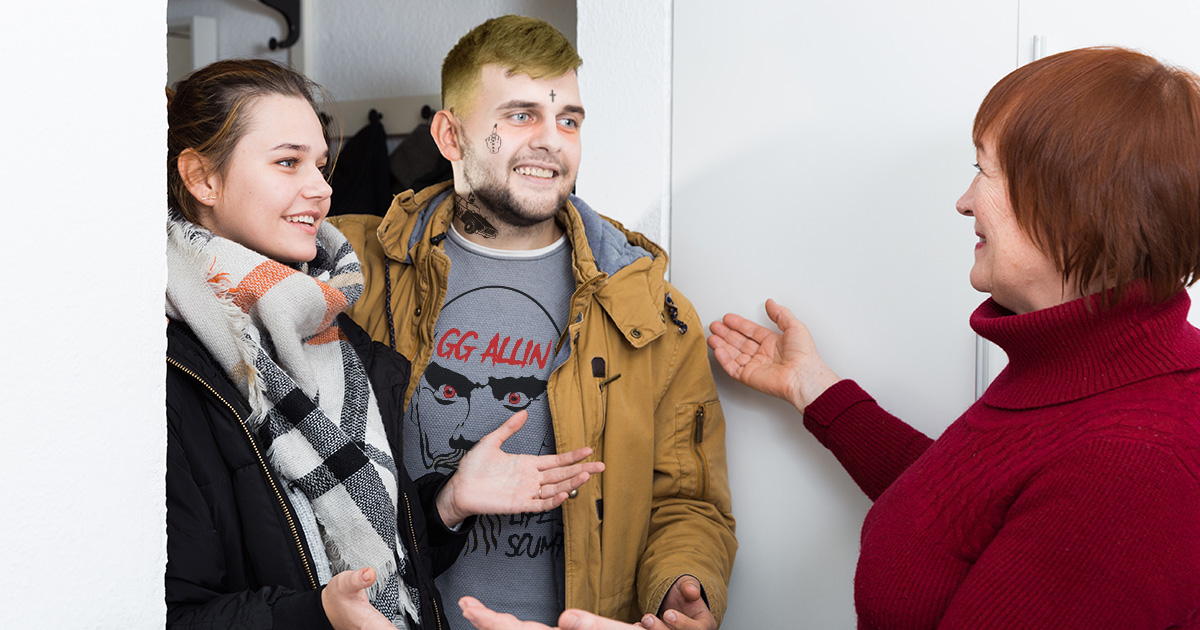 GRAND RAPIDS, Mich. — Local woman Brittany Mullins instructed her punk boyfriend Miles Blanchard not to mention his job, band, car, hobbies, drinking habit, religious views, or any other aspect of his life when he meets her parents this weekend, sources close to the couple confirmed.

“I love Miles and I love all of his stories, like the time he managed to throw up in the pit of an Iron Reagan show and the puke stream was so powerful it rocketed on stage and knocked over one of the drummer’s cymbals, but I’m not sure my parents are going to find that anecdote ‘charming,’” stated Mullins as she looked for a clean pair of pants to dress Blanchard in. “I started making a list of topics for him to avoid, but it was so long I made a list of things he’s allowed to talk about instead. And that list is basically just different types of bread.”

“I like this boy, but I think he may have a neurological disorder of some kind. Every time I tried asking him a question he just sort of mumbled then put his head down on the table,” reported Mr. Mullins. “And I’ve never seen someone so sweaty in my life. Honestly, he seems sort of boring. When I was his age, I had all kinds of cool stories like the time I shoplifted an entire forklift from Walmart and crashed it into the river. This guy’s a bit of a stick in the mud.”

Family counselor Edward Luksic says that young couples often have to hide their true selves in front of parents.

“We live in very contentious times. Families are being torn apart in the current political climate, and lots of young people are faced with a serious dilemma; stand up for their morals or speak their truth and be written out of the will,” said Luksic. “A person will often choose to hide the anarchist views they share with their partner in order for their parents to continue to pay for their phone bill and car insurance.”

At press time, Blanchard was spotted hiding in the parking garage, practicing a fictional prepared anecdote about a season finale viewing party of “The Bachelor.”