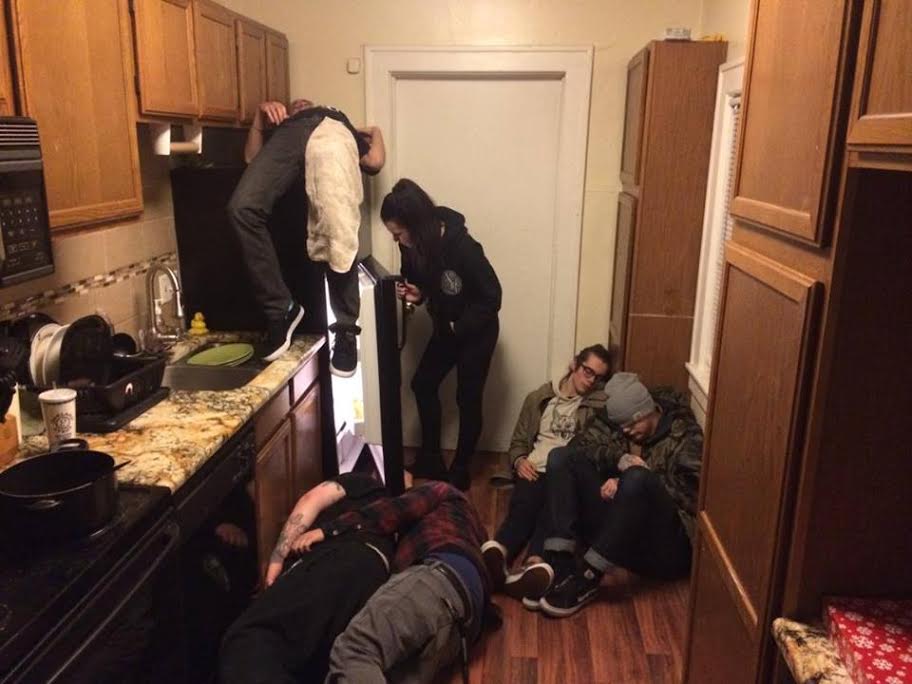 TEMPE, Arizona — Your normie, non-punk girlfriend, who you’ve been with since early high school, is thrilled that you invited 15 of your friends from California to sleep on every surface of your shared apartment tonight without consulting her first, according to a source close to the incident.

Your girlfriend Emma, a nursing student who has to be at the hospital in a few hours, doesn’t mind at all that there is a smelly, pizza-faced drummer sleeping in the kitchen sink she uses to make her morning coffee.

“Nope, not a big deal at all,” a source who spoke on the condition of anonymity, said. “No, nothing’s wrong so there is nothing to talk about it. I’ll just drink some coffee and get ready for my NCLEX prep test, that’s fine.”

“Oh, nevermind,” the source added. “They used the last of the creamer. Great.”

Your friends from California, who play in the NardCore-influenced band Pop Fuckit, met you during your band’s west coast tour. Reports confirm that you played at Java Joes and that window broke, remember?

“Hey thanks for letting us crash dude, that show was sick,” Gary Long said, adjusting his sleeping bag on top of your kitchen table. “Sweet burrito and pool sesh afterwards too. Come back to California we’ll put you up at Tony’s; his mom has a sick guest bedroom.”

Tonight’s show, which took place inside your band’s practice space, was well-attended for a Thursday night, with over one dozen people jammed-packed into the storage unit. Much like Emma’s NCLEX test (which ultimately determines whether or not years of hard work and studying will pay off) this two-band show featuring Pop Fuckit and your grindcore band, GAPE, was the result of much planning and preparation.

The source confirmed your planning apparently never included mentioning to the person you live with, love, and supposedly would like to share a future with, that there would be a van full of unwashed ramblers sleeping on every surface of the apartment tonight. The source doesn’t know about you, but that seems like a red flag to her, and really just points to the bigger problem. The source is going to sit you down soon and hopes you listen this time.

UPDATE: Emma is moving out. Don’t worry though, some guy named Garret is giving her a ride.