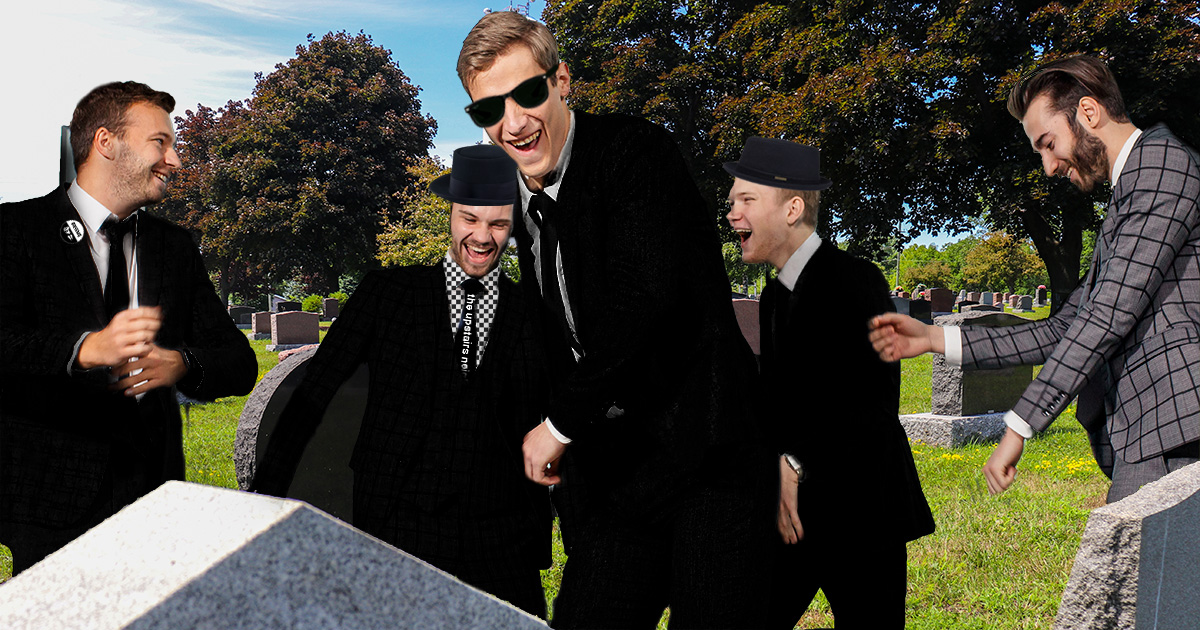 “We’re just so glad all his friends could come out and have one last party with him,” Becker’s mother said, clad in a checkerboard shirt and screen-printed tie from his band, The Upstairs Neighbors. “We know how much everyone meant to him, and how glad he would be to see all these friendly faces show up just for him. All his friends performed, and this really feels like how Bruce would like to be remembered. If anyone wants anything else to remember him by, we’ll be selling merch all night in the back.”

Former bandmate and current curmudgeon Dirk Cranberry was possibly the only person in attendance who did not praise the deceased.

“He always was a son of a bitch, and he always came in too early with his vocals,” Cranberry said thoughtfully. “That bastard kicked me out of his band years ago — I always thought we should’ve been more two-tone, but he always leaned towards punk. Thinking back on it, I guess kicking me out was the best decision that band ever made. Timing always was Bruce’s biggest issue, and once again, he’s gone too soon.”

Local priest Wyatt Barrett did his best to tailor the service to the colorful crowd.

“Much like how ska returned in the mid 90s, Jesus too will one day return, and we will reunite with Bruce, skanking in the big moshpit in the sky,” Barrett said after. “I always enjoy a good ska funeral. Things are just more lively: they’ve got full bands going the whole time, even when they’re lowering the guy into the ground. And the Bible does bring up trumpets a lot… maybe they’re playing ska up in heaven, too.”

Unfortunately, the priest’s orders to the pallbearers to “pick it up” when lifting the coffin were misunderstood, and the resulting skanking nearly knocked over the checkerboard coffin holding Becker’s body.