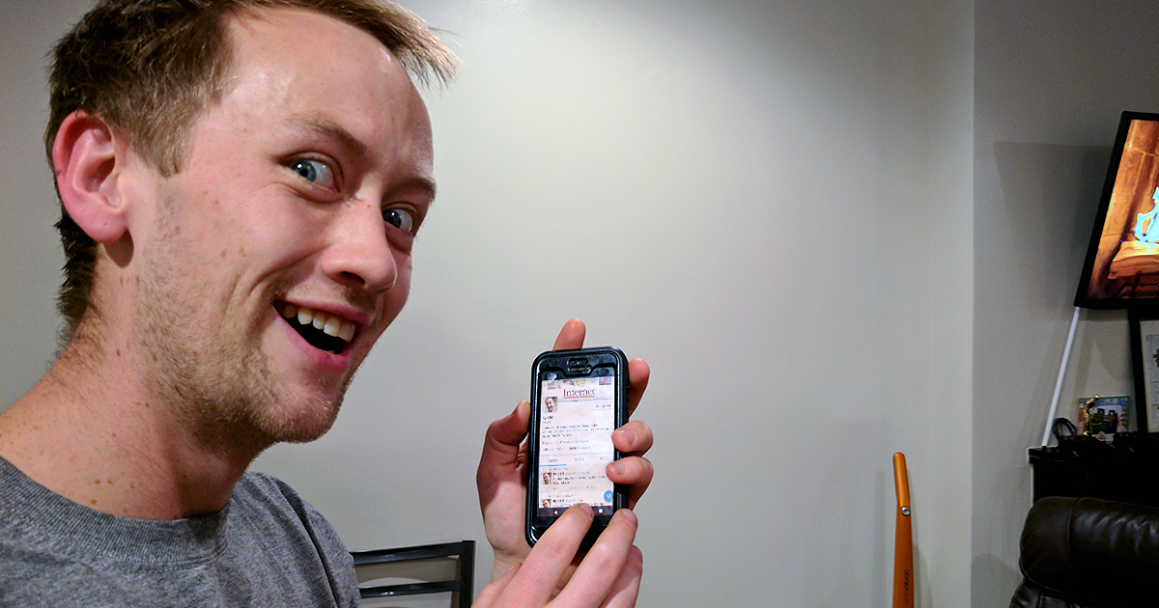 TAMPA, Fla. — Local man Garrett Doyle has somehow managed to build a real-life personality even more insufferable than the one he portrays online, according to a variety of annoyed acquaintances.

“We used to skateboard together all the time,” said Steve Baxter, a formerly close friend of Doyle. “I haven’t seen him in a while, though. Probably because he’s busy retweeting articles about doomsday preparation, or chemtrails, or telling me that I look ‘gay’ in every picture I post. I thought he couldn’t be any worse, but I bumped into him at Whole Foods and he tried to pull my pants down and yelled for help because I was ‘trying to molest him.’ I was nearly arrested.”

Even those who try in earnest to get close to him find themselves repelled.

“Dating him was easily the dumbest thing I’ve ever done,” said ex-girlfriend Sarah Witherspoon. “His Tinder profile was all about boycotting multinational corporations, but he also listed his hobbies as ‘owning n00bs on PS4.’ He used to sit at the Starbucks I worked at, mooching the Wi-Fi to watch Netflix without headphones at full blast on my laptop he borrowed. And when my manager made him leave, he gave us a one-star review on Yelp. I hope no one would take a review written by someone named ‘GarrettBPimpin’ seriously.”

Despite his universal lack of redeeming personality traits, Doyle allegedly maintains several strained friendships, and is even holding down a job as a part-time sign spinner for luxury condos.

“Eh, between us, I don’t know how long I give that kid,” said Pine Garden Condo property manager Chip Daleworth. “He called in sick on Saturday claiming he had Zika. Then that night, I saw him ‘live’ on Facebook at happy hour at the Outback.”

“It was probably better that way, honestly,” Daleworth later added. “Anytime he eats lunch in the office, he uses an ungoldy amount of mayonnaise, and leaves the onions he picks off his sandwich in a pile on the table.”