Foo Fighters Invite Fans On Stage to Play Every Instrument, Every Song, Every Show Of Tour 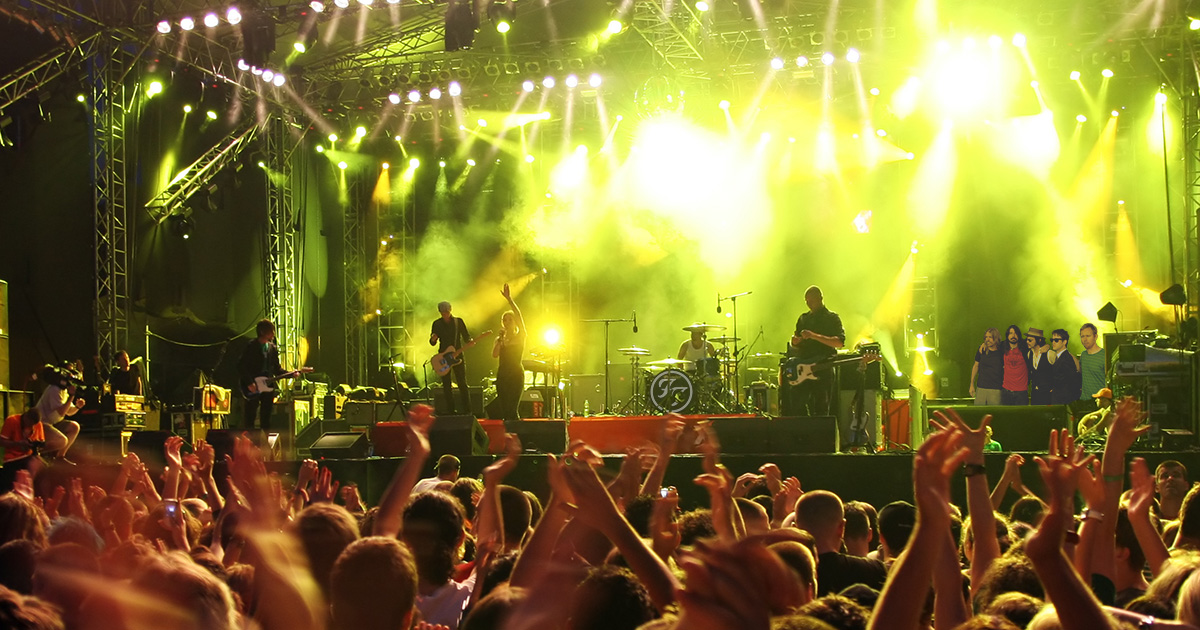 TEMPE, Ariz. — Attendees at a recent Foo Fighters concert were treated to a special surprise when the band brought fans on stage to play drums, bass, guitar and keyboards until they were left playing every song of the entire show.

“Dude… that was so epic!” said concertgoer Hank Tadio, of the two-hour long concert. “I mean sure, my tickets were like, $200 bucks, and it would have been nice to see Dave and the boys play at least one song by themselves; but I did get to sing the lead vocals on ‘Big Me’ and my girlfriend got it all on her phone so that’s pretty sick.”

Foo Fighters founding member Dave Grohl was pleased he was able to provide so many fans with a memory they will never forget.

“Yeah… you know us. We like to put on the best show possible and get all the fans involved; even if that means not actually playing any of the songs ourselves. With our tour schedule, we decided it might be nice to take a break night in and night out.” Grohl explained. “Taylor came up with the idea to let a fan play drums for a song, and Pat was like ‘Shit, why not let them play the whole show?’ Then I was like ‘Well if Taylor’s getting a night off, why can’t I?’ So it was a collective decision that this tour is all about the fans… for the fans, and most importantly, BY the fans.”

Concert promoter Morty Bregman didn’t see the stand-ins as favorably as others, however.

“Who goes and pulls a stunt like this? I got 75% of the people asking me for a refund!” Bregman said, pacing back and forth. “They’re all complaining that they paid to see the Foo Fighters, not some glorified cover band masquerading as ‘fans’. Wait until the later dates on the tour start getting wind of this shit… they’re gonna have to change from arenas to basements.”

You can catch Foo Fighters on their latest tour, sitting side stage in recliners counting huge amounts of cash while laughing and smoking cigars.