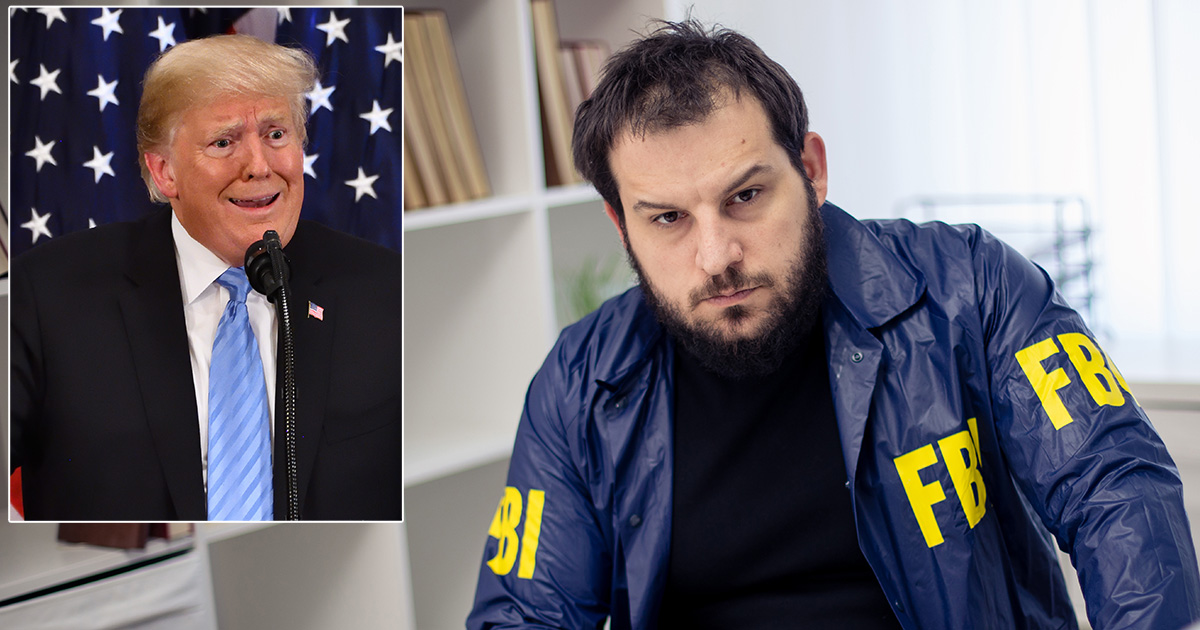 PALM BEACH, Fla. — FBI Agent David Abramson revealed he was able to gain access to former President Donald Trump’s safe first try by using a 0000 combination during a raid of Mar-a-Lago this past Monday, multiple sources within the agency confirmed.

“We might have overplanned this raid. We had a large team researching all aspects of Donald Trump’s life to gather all important dates in his life, along with personal milestones, and even the birthdates of his children and wives,” explained Agent Abramson. “Turns out none of those were necessary as the safe opened with the default combination. It was already set to that when we uncovered the safe behind a painting of Mr. Trump with exaggerated muscles. Even though we are excited as an agency to open it with such ease we cannot forget the countless hours of manpower and taxpayer money that was used preemptively and we will find a way to make it up to taxpayers.”

Employees at Trump’s residence admit they were not shocked to know how easy it was to break into the secret safe.

“Mr. Trump always bragged about how secure his safe is, how you could ‘drop it off the Trump Tower and it would barely make a dent,’ but I guess none of that mattered,” stated Mar-A-Lago golf cart attendant Chad Folger. “Once we heard the FBI agents laughing we all knew they were able to crack the code. There were in there for like 15 minutes and honestly I’m surprised it took that long. The WiFi password for the resort is ‘Trump45’ and the code to the petty cash safe is also 0001 but only because Eric Trump was trying to set it and messed up.”

After FBI agents left with what is reported to be a dozen boxes of documents Donald Trump was quick to criticize the agency.

“What the FBI did was a huge violation of Presidential freedom. These radical Democrat FBI agents should be locked up with crooked Hillary,” said the former President. “Biden’s goons took boxes and boxes of incredibly valuable items like my signed picture with Don King! He’s a legend, and now it’s all lost. I had a mint condition copy of that one Playboy with Vanna White, real good looking lady that one. I went on a few dates with her, I really did. But I told her ‘honey, you can’t handle my lifestyle’ and we never talked again. Sad really.”