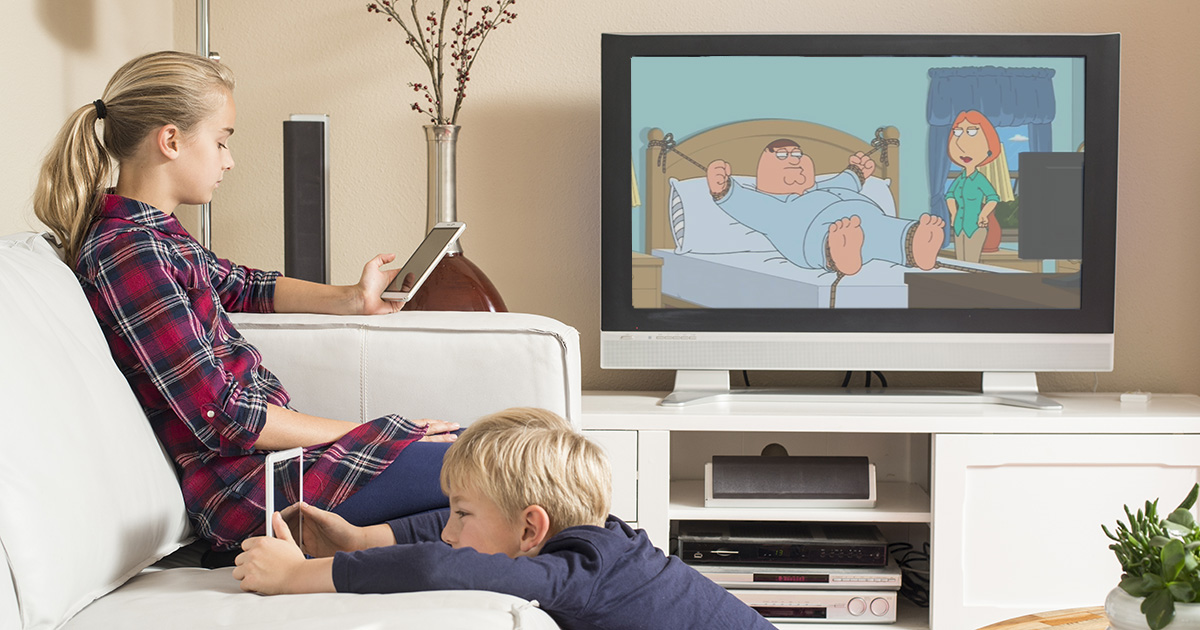 LOS ANGELES — The hit animated sitcom “Family Guy” is celebrating 20 seasons this year as America’s top choice for something to have on in the background while they scroll their phone or do the dishes or whatever.

“We’re really excited to continue marketing to the key ‘force of habit’ demographic for a nearly unprecedented 20th season,” noted creator Seth MacFarlane. “Our longtime fans who will continue to only occasionally glance up from their computers or phones every so often can look forward to being disappointed all over again that they fought so hard to bring this show back. Whether they’re laughing at the occasional brilliant or biting satirical take, or groaning at our lazy, lowbrow, punch-down jokes, they can at least remember how this show used to be well-written and subversive while arranging anonymous hookups on Grindr.”

“It’s honestly the perfect show to have on since I started working from home,” said longtime “fan” Alexa Chandler. “The stories never really require me to pay much attention, and most of the jokes have nothing to do with the plot, so I’m able to stay pretty productive while getting the gist of what’s going on. Besides, the best bits are either the cutaways or when Stewie and Brian are bantering, so I can just tune in for those.”

TV critic Eric Thune of the AV Club agreed regarding the once-kind-of-groundbreaking show.

“Oh, yeah. I guess I used to review that show,” remarked Thune. “I’m not actually sure if we even still do reviews of that one. To be honest, I usually had a template noting the occasional funny joke or two, then I’d add a comment on some of the more questionable jokes, criticize the weak storyline, and give it a C. I think we just had an intern tweak it as needed.”

As part of the acknowledgements, MacFarlane thanked fans of “Family Guy” lead-in “Bob’s Burgers” for leaving their TV on once their show is over.