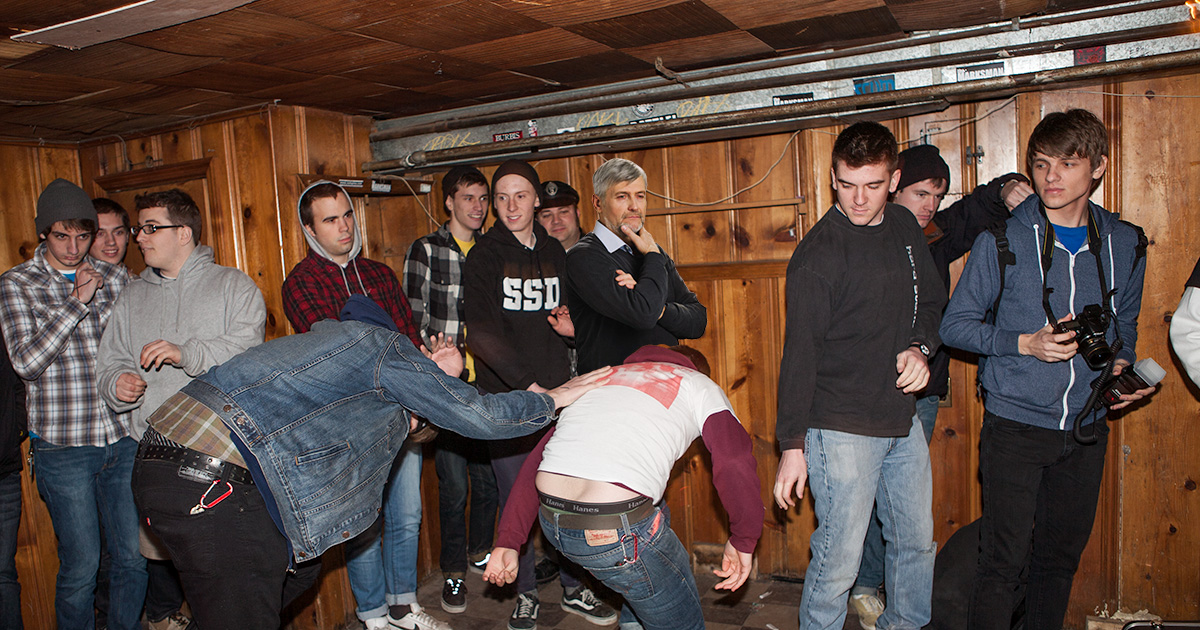 “I knew something was up from the second he knocked on the door, instead of barging right in and asking where the beer’s at, like normal people know to do,” said Garbage Home live-in staffer Raja Donahue. “He never moshed, or broke anything, or even drunkenly yelled into the air when a band was between songs — he just politely clapped and nodded his head every now and then. It was fucking weird, man.”

Some residents worried the middle-aged man was a possible authority figure intent on shutting the show down.

“I thought he was the landlord… or, like, an undercover cop,” said Molly Rogers, one of many Garbage Home dwellers. “None of the people who live here are on the lease — or even know what the landlord looks like. Honestly, anyone over the age of 30 who has a button-up shirt could walk in here, and I’d think it was the landlord.”

Several revelers thought he was a neighbor, who remained at the show despite multiple people approaching him and assuring him they’d “keep it down.”

“The guy looked exactly like my asshole father, so I felt really self-conscious about huffing anything in front of him,” said partier Petra Haggerson. “I kept expecting the guy to come over and lecture me about how I’m ‘wasting my life’ or some shit. It was a fucking bummer. This place needs better security to keep people like him out.”

“What a shit-show,” said Whatley. “That PA was fucked all night, and you couldn’t even hear the guitars over the bass. I can’t believe I dropped $20 into the donation bucket. This was a complete rip-off.”