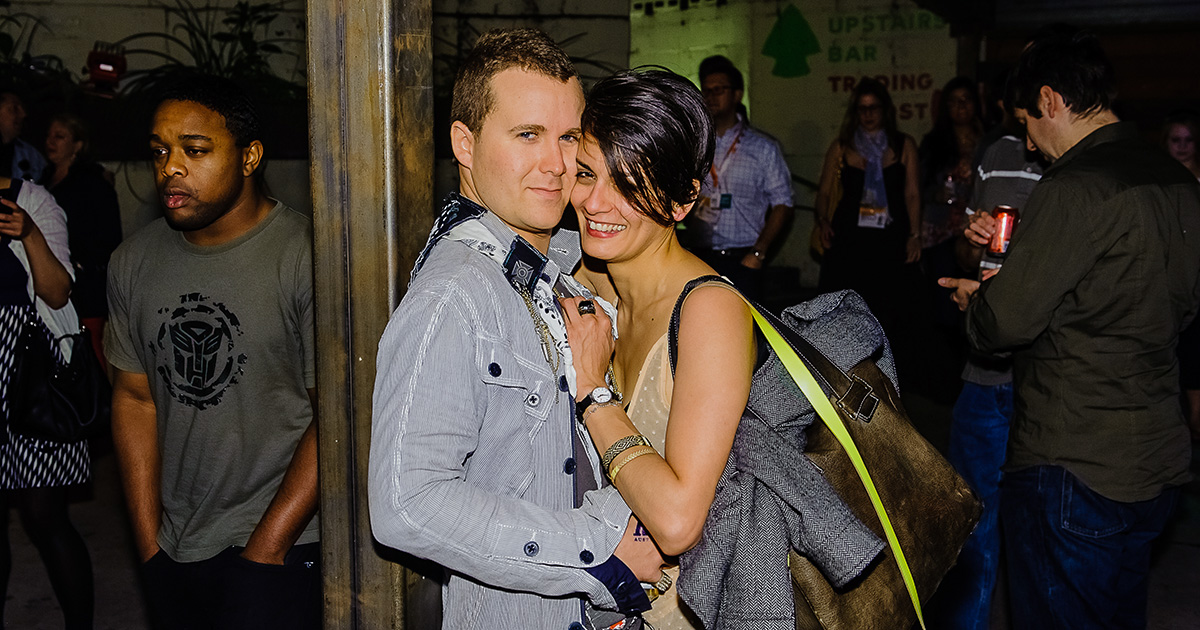 IRVINE, Calif. — Virtually every single punk attending the Bucket of Dog Shit record release show today is terrified everyone else will find out about their affluent upbringing, full-on poser sources confirmed.

“I’ve always sort of presented myself as a wild man with little to no regard for myself or others — if anyone here found out I graduated from college with honors, I’d be run out of the scene,” said scene staple Walt Simmons while eating a handful of roof tar. “I think we’d all be happier if we could just discuss our trust funds with one another, but I’m terrified of revealing my own privileged background. It’s like we’re all a bunch of international spies… but instead of life and death stakes, it’s trivial shit that really doesn’t matter.”

Crust punk Danika Hewitt revealed, on the condition of anonymity, the lengths she goes to hide her family’s wealth.

“I feel safe telling you this since you won’t be printing my name, but I’m the definition of a poser: I ripped the tags off my Target-bought Ramones shirt, and I have separate social media accounts for my family and my punk friends. Because frankly, I can’t afford to be cut off financially. It costs a lot to pretend to be poor,” said Hewitt, who grew up in a seven bedroom home and currently lives in a luxury apartment paid for by her parents. “I even take it as far as acting like I’m freegan, but I’ve literally placed gluten-free food in dumpsters ahead of time so I can later dumpster dive with my friends without getting a tummy ache.”

Frequent door guy and alleged badass punk Declan Moody looks down upon many of the punks he believes “had it better than he did.”

“They’re all a bunch of upper middle class posers in this scene. Me on the other hand? I grew up in just the regular middle class. We’re talking hard living — like, basic cable and Disney World every other year instead of every year,” said Moody. “Maybe I didn’t grow up on the wrong side of the tracks, but it was definitely the wrong side of the tracks adjacent. Or at least closer to the tracks than any of these soft punks.”

At press time, several punks are pretending not to know each other after spotting one another having dinner with their families at the local country club.