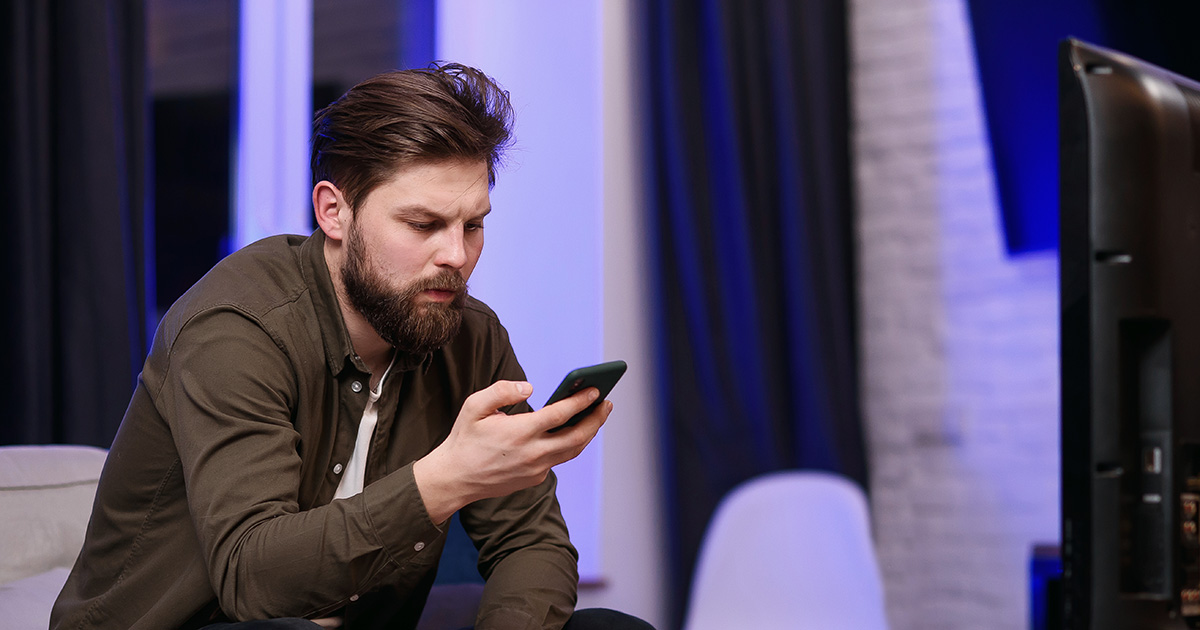 “Let’s be honest, I was probably going to be distracted by my phone the whole time anyway, so might as well check out the film’s trivia and goofs while I’m at it,” said Leftwich before pivoting to a scathing one-star review from IMDB user spoilerjizz182. “Sure, I had absolutely no clue what was going on in the film, but I think it was just as essential for me to know Robert Duvall was wearing a toupee. And did you also know that one of the stuntmen in ‘The Godfather’ was also a stuntman in ‘Cannonball Run 2?’ In theory, details like this would kill at parties, assuming I ever get invited to one.”

“There we were, watching one of the greatest movies of all time, and he’s yammering on about the aspect ratio and camera lenses,” said Parker. “Around the baptism scene I gave up trying to get him to engage, and tuned him out entirely when he started monotonously reciting all 50 filming locations and whether he had been to each one before. He finally put his phone down just in time for ending credits… and immediately picked it back up to read the movie’s synopsis on that same dumb app.”

Experts noted how technology and shortened attention spans are affecting the film industry.

“More and more people view a movie through the lens of its IMDb page,” said film critic Jessica Davestein. “Nothing short of continuous on-screen 3-D explosions will pry people away from their phones. So in that sense, this would mean that ‘Transformers: The Last Knight’ is a far superior and more engaging film than, say, that boring-ass slog ‘The Deer Hunter.’”

At press time, Leftwich switched over to the Letterboxd app to read several reviews of “The Godfather” before deciding he enjoyed the movie.