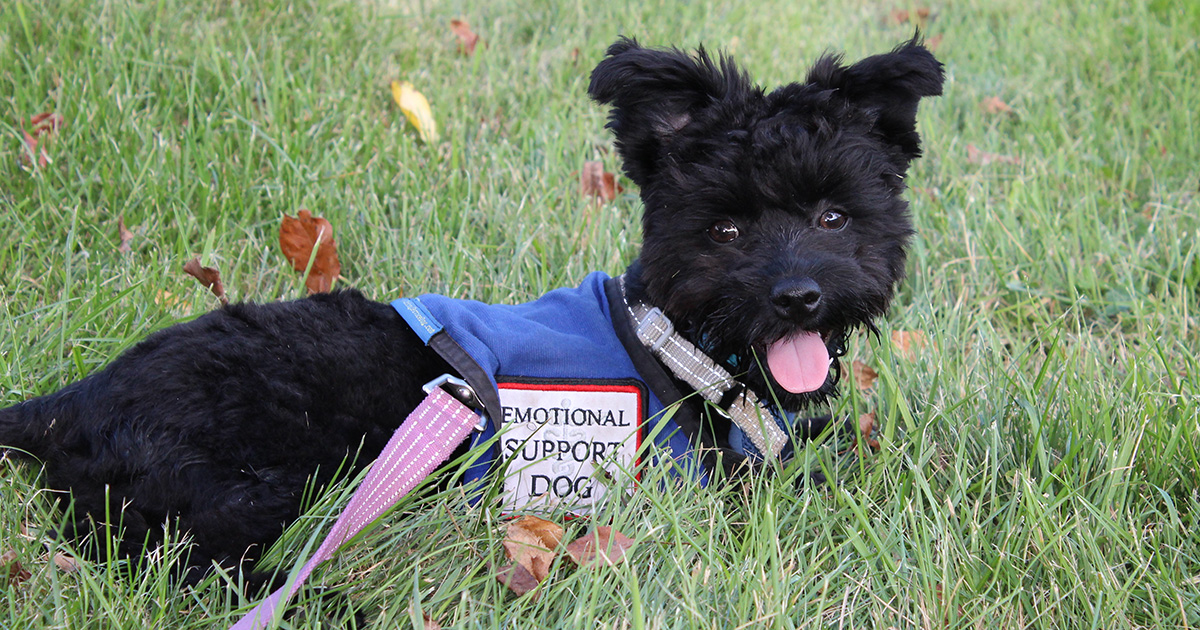 OVIEDO, Fla.— Local emotional support dog Reggie is under fire today for acting as more of an enabler for his owner’s anxieties rather than diminishing them, sources close to the pair confirmed.

“I take Reggie with me everywhere to work like a little radar that lets me know everything is OK,” said Reggie’s owner Kimiko Ota. “If he starts to shake, I know I’m in a situation where my anxiety is justified. Funny enough, Reggie is basically always shaking, but that’s OK because I’m always anxious. It’s good to have confirmation that everyone in public is absolutely looking at and judging me, the bus I’m on will certainly crash, and I’m a failure in the eyes of my parents. Without Reggie, I’d feel that these thoughts are so invalid.”

However, Ota’s friends really wish she’d find a new owner for her dog.

“Don’t think of me as cruel for saying Kimiko needs to find a new home for Reggie,” said longtime friend Heather Lear. “But the dog is a little bastard and I hate him. I know a co-dependent relationship when I see one: every time the dog barks, Kimiko also starts yelling. When he runs around the house, Kimiko assumes the dog is running from a fire or something. The dog tries to bite me; Kimiko threatens me with a knife. They just amplify each other in the worst ways.”

For his part, Reggie the dog was defensive.

“Who are you? Do you work for the government? I don’t take reporter questions,” barked Reggie angrily. “You’re in league with the mailman, aren’t you? Do you have any idea how many times a week that bastard comes and tries to attack Kimiko? Pretty much every day but Sunday. I scare him off every time, and receive treats and belly rubs for it. Now if you would excuse me, I have some videos to show Kimiko about chemtrails and the secret Illuminati plot against us.”

Kimiko’s friends are hoping to redirect her by giving her a cat that could teach her to not give a shit about anything.