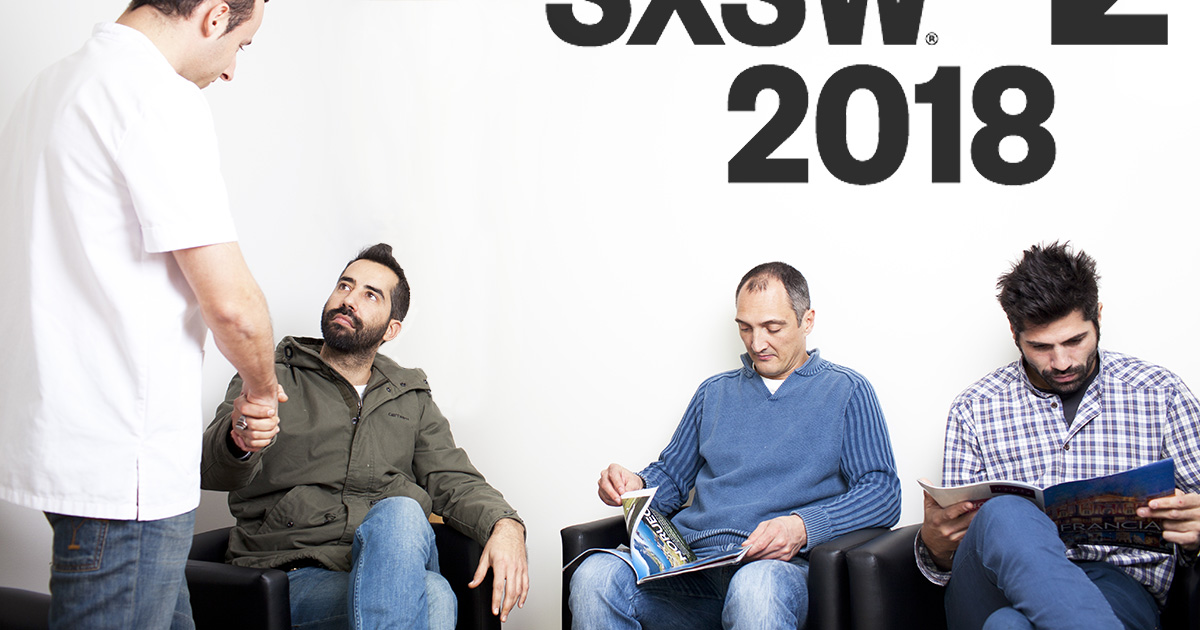 AUSTIN — Drummer Terry Santoro has prepared several ideas for mobile apps to pitch to Silicon Valley insiders attending the 2018 South by Southwest music festival, after assuming his band has no chance of landing a record deal, sources close to the entrepreneurial musician confirmed.

“Yeah, my band is not getting fucking signed,” said Santoro of his noise-pop outfit, Gifthorse. “Austin is crazy-busy during ‘South by.’ We only booked three gigs for the whole week, and two of them are in San Antonio. I needed a backup plan.”

Gifthorse is one of hundreds of bands in Austin during the 2018 South by Southwest music festival, movie conference & tech convention. While many make the trip with high hopes for their futures in music, Santoro is one of the few performers well-aware that SXSW will in no way advance his career.

“I’m definitely prepared for when our band inevitably fails,” said Santoro. “I wrote an elevator pitch and my contact info on a ton of drum sticks, which I figure I’ll fling out at wealthy-looking audience members.”

When asked for more details regarding his ideas, Santoro offered little information.

“That’s the beauty of it — you don’t need a great idea to find an angel investor,” he said. “You just say, ‘It’s the Netflix of…’ and then fill in the blank. It can be literally anything, and Silicon Valley dipshits just throw money at you. God, I really fucking hope so, anyway.”

However, all other members of Gifthorse, including guitarist Mitch Patterson, are completely in the dark regarding Santoro’s ulterior plans.

“Hello, Austin!” screamed Patterson on arrival. “I don’t want to get cocky, but I figure we’ll snag, conservatively, like, five record deal offers. I mean, we’ve been gigging around our small hometown for nearly 11 months. Clearly, we’ve paid our dues.”

“We’re all super-pumped to get to ‘South by’ and become the famous rock stars we deserve to be,” said Gallagher. “Terry was so excited, he burned hundreds of copies our EP, and volunteered to man the merch table alone after our sets. It’s cool to know your bandmates are as excited about the band as you are.”

“All those ‘Gifthorse CDs’ are just recordings of me explaining my app ideas,” Santoro later confided. “I didn’t even pack any of our T-shirts. Also, please don’t tell my band any of this.”