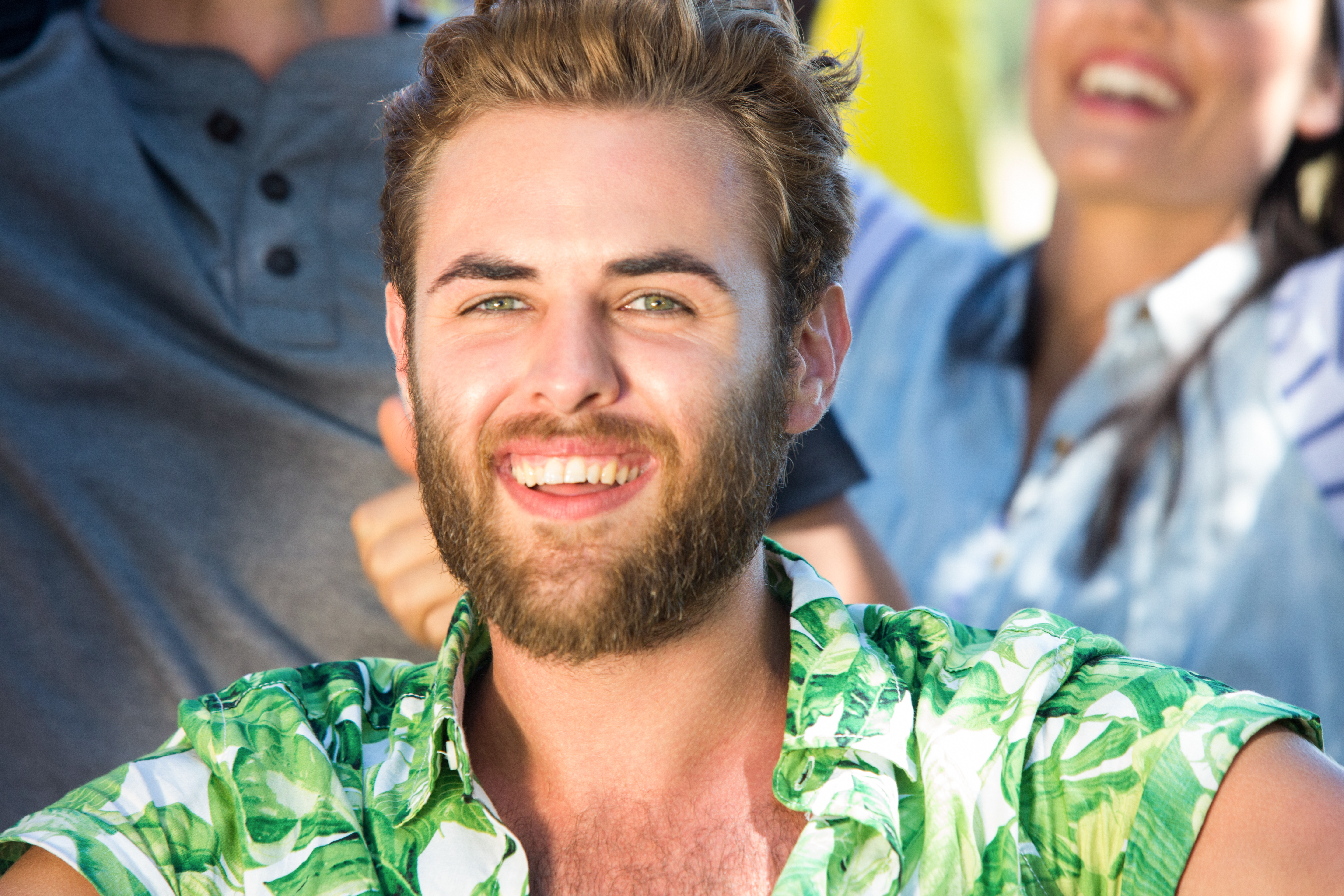 AUSTIN, Texas – Shortly after collecting his wristband, Atlanta native Drew Cahill announced plans to make the most out of his trip to Austin’s SXSW by indulging in as much corporate sponsorship as possible.

Cahill has reportedly spent the last month pouring over maps, schedules, and AdAge.com in an effort to streamline his activities.

“This is the Mecca of advertising. These are some of my favorite brands all in one place. I just hope I can hit them all,” said an exuberant Cahill, “And some of these brands are so up-and-coming that they don’t even have an American importer yet, some just finished their first Kickstarter. I tried to research the ones I hadn’t heard of but there were just so many. I went into logo overload.”

Cahill’s plan not only involves hitting the main patrons like the Levi Strauss Stage or the Port-O-Toilets Brought To You By Adidas but also the small trademarks like the Settlers Of Catan Water Fountains or the BandPage House Show At This Guy Kevin’s Place.

“It is insane but I think I have it figured out,” said the frantic Cahill. “I am going to get breakfast at the VICE Bagel Cart with some Converse Chuck Blend Coffee. Hopefully, I can find a Schwinn Cycle Rickshaw to get across town and see the Urban Outfitters’ Adult Trampoline. After the sun goes down I wanna do Subaru Gelatin Shots off the stomach of a Samsung spokesmodel. Rumor has it that a secret Dr. Pepper kiosk is happening behind the Nintendo Switch Game-iteria!”

Cahill released his agenda on the Squarespace festival day planner app in hopes to meet other dedicated brandophiles at this year’s event.

“I am going to head down to Chobani 6th Street to hopefully catch someone run a Bullit Bourbon traffic light and get pulled over by the Warby-Parker-Austin Police Department,” said Cahill relaxing by a McDonalds McPick 2 cooling station. “After that, I am going to check out the eighteen dollar burrito powered by EOS Lip Balm in the University of Phoenix Tent I have heard everyone raving about. I am still holding out hope for a cancellation so I can sleep in the Duracell Yurt Village.

Despite having no plans of seeing any live music, exhibitions, or conferences Cahill’s itinerary is completely full for the nine-day event.

“I am going to leave here in a week exhausted,” said Cahill from the Ray-Ban Hammocks, “but I will know the direction consumerism is going way before anyone else.”