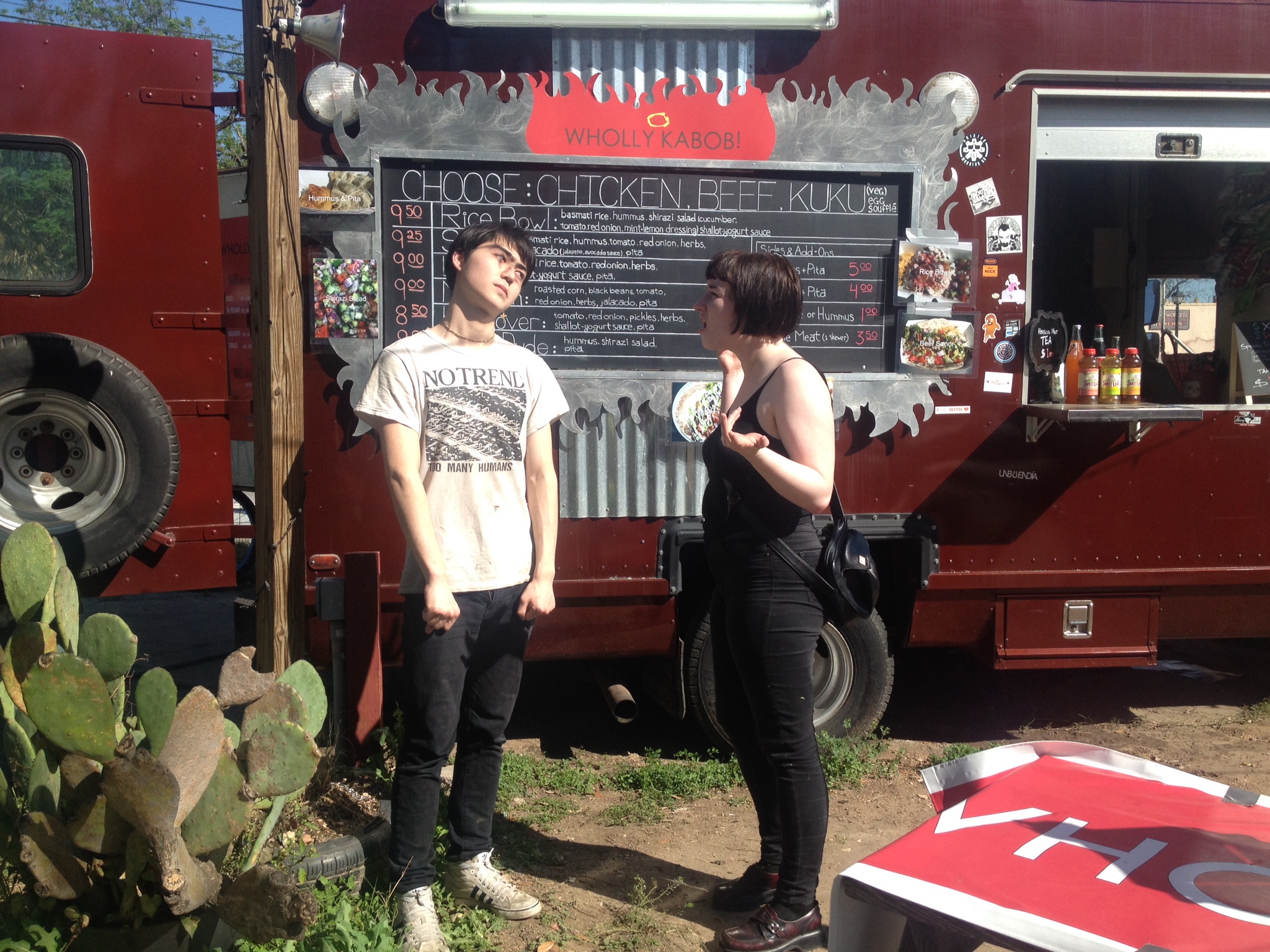 AUSTIN, Texas — Natasha Shepard and Kyle Hsiue, a real, authentic, and undeniably cool couple attending this year’s SXSW and arguing bitterly in front of Wholly Kabob!, are proudly presented by Samsung, according to a company spokesperson.

“Why do you always have to do that?” Hsiue whisper-yelled to his girlfriend of two years while clenching his waterproof Samsung Galaxy S7 Edge in his fist.

“Do what?” Shepard shot back, leaving her Galaxy Note 5 equipped with a 5.7 Quad HD screen in her back pocket. “Acknowledge my feelings and try to communicate them like an adult? Sorry I can’t just ignore everything like you do, Kyle.”

The argument, which began over whether the couple should ironically watch 2 Chainz perform a few songs while straddling an inflatable Monster Energy Drink logo or attempt to catch the secret Willie Nelson show presented by his new brand of blunt wraps, is set to be the next trend in new-media advertising.

“Interpersonal conflict sponsorship is the future of paid promotions— and in many ways, media in general,” said Sam Petterson, a 24-year-old marketing executive with Samsung. “I put out a bid on Barack and Michelle [Obama]’s argument over who got to attend SXSW and who had to stay home and attend some old lady’s funeral, but the guys from Sony snagged it before I could. Natasha and Kyle were the best replacement I could get on short notice. I was bummed at first, but our engagement has been through the roof ever since Natasha said, ‘Well, then maybe we just shouldn’t do this anymore.’”

The couple continued their argument in full view of dozens of spectators trying to pretend they weren’t watching.

“What does she mean by this?” Petterson continued. “There’s some good ideas on the promoted hashtag #dothisanymore, but personally, I think she means she doesn’t want to settle for a less-than-stellar resolution on their household LED smart TV model.”

Peterson also announced that Samsung has secured the rights to the couple’s drunken make-up sex, set to begin six hours from now at a local Best Western.