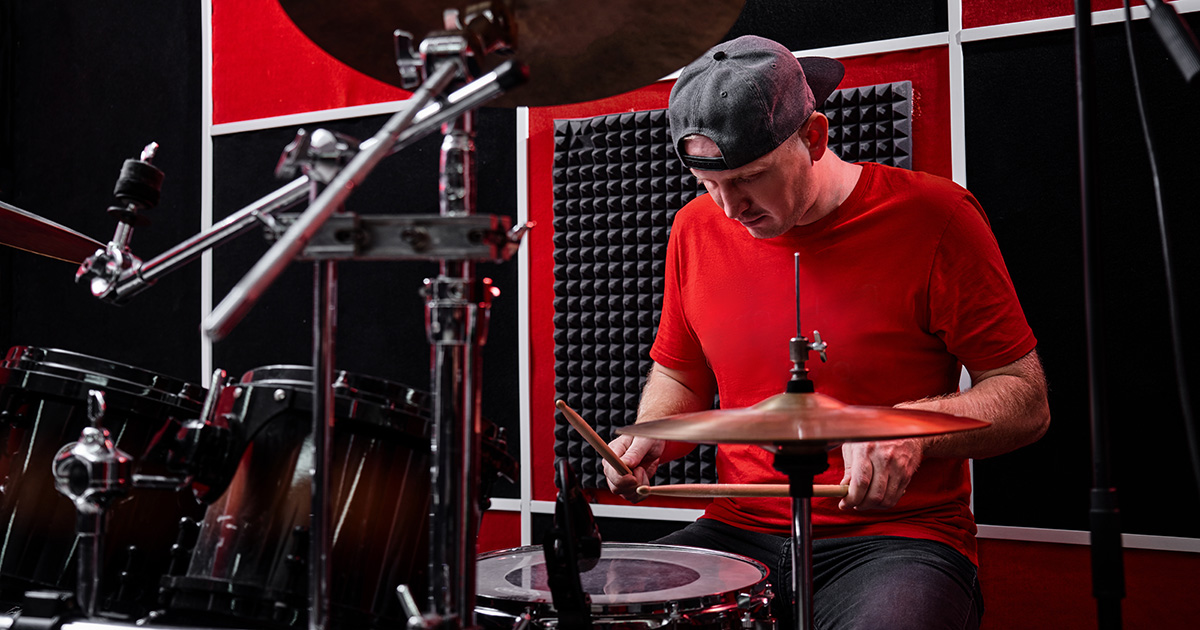 “Soundcheck is the real show, in my humble opinion. It’s where I get to showcase my creative flair, and frankly, percussive expertise. Some people just think it’s a monotonous process to test mic levels, but no. This is the time to show all seven people here what I’m made of,” Chambers noted proudly. “How many times have you been slogging your way through a band’s set, with all of the usual cliche lyrics, bland chord progressions, and uninspired guitar solos, wishing that everyone would just shut up and let the drummer shine? I know I do all the time! Unfortunately, my bandmates completely disagree with me. Some people just don’t understand great art, I suppose.”

Chambers’ bandmates were quick to register their opinions regarding the cacophonous sound check spectacle.

“The whole thing is honestly a little embarrassing,” confessed guitarist Sara Jackson. “It’s really unnecessary and over-the-top to go off during soundcheck, but we let Ethan jerk around so that he can settle down for the set, and just get on with the ‘boom tap boom boom tap’ business we hired him for. We’ve been through three drummers in the last six months, so we’re really just trying to avoid holding auditions for another drummer, which is also pretty much the worst experience ever. They always end up stealing something from our space, and they usually smell like a Subway foot long.”

Venue sound guy, Joe Foster, surprisingly left the sound booth mid-solo to go to the bar for a drink, and to presumably drown out the sounds from the stage.

“Fuck me, not again,” remarked Foster between shots of Jack Daniels. “This literally happens every time I come to work. I ask the drummer to check each drum and cymbal individually during soundcheck so I can get the balance right. Then at the end, I ask to hear the whole kit, and that’s when the inevitable pissing contest ensues. Everybody just has to be John Bonham. Why are you playing blast beats for ten minutes straight when you drum for a singer-songwriter? I give up. Please, just make it stop.”

At the conclusion of last night’s show, Chambers announced that he would be making an anthology of drum set recordings available to all sound check enthusiasts.